Eagles Flyers Phillies Sixers About Us Write For Us
Hextall: ‘I Didn’t See This Coming in Any Way. I was Shocked.’
Phillies Reportedly Have Interest in Shortstop Jean Segura 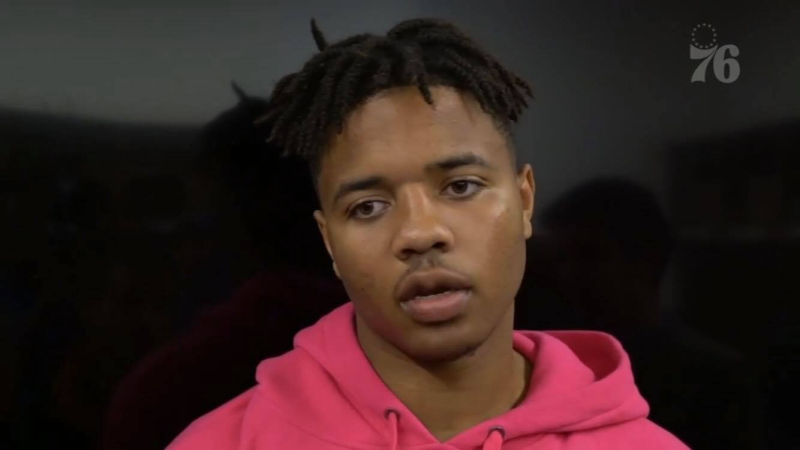 Philadelphia 76ers guard Markelle Fultz has not played since November 19 against the Suns. During the second half of that game, Fultz's minutes were given to T.J. McConnell and the very next day, Fultz's agent recommended that the former top pick go visit with specialists to get his shoulder and wrist examined and that he wouldn't participate in games or practices until that happened. Markelle visited with a few specialists this week in New York and prior to Wednesday's game against the Knicks, Brett Brown said that the organization hoped to give an update on him Friday.

Well, it's Friday and we have an update. Fultz will continue to see specialists through early next week.

It isn't clear yet whether the specialists are for his shoulder or other issues. Kyle Neubeck of Philly Voice reports that Fultz will be around the team when schedule doesn't conflict.

Markelle Fultz will continue to be around the team when schedule doesn't conflict, but will (obviously) still not be practicing with the team as he visits with specialists next week, I'm told.

Fultz appeared at Sixers practice earlier in the week, but did not participate in any activities or speak to the media. Since he's been sidelined, rumors have swirled about trades involving Fultz. The Cavaliers were believed to have 'dangled' Kyle Korver and a protected pick for Fultz while the Phoenix Suns are among other teams with some interest.

At this point, it's anyone's guess as to whether Fultz returns to the court in Philadelphia, with another team, or at all this season. The disconnect between Fultz's camp and the Sixers seems to be at an all-time low from the outside looking in right now and it still isn't very clear as to whether Markelle's issue is mostly physical or mental. All we can hope is that the 20-year-old is getting the help he needs and the right advice from the people that he trusts without jeopardizing a future role with the Sixers or any team, for that matter.