By the numbers: Embiid's first 30 games are already legendary 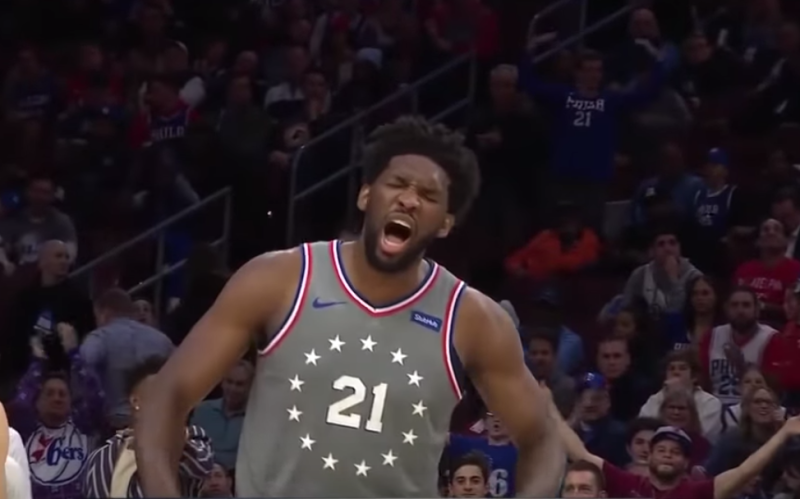 I'm not ready to throw my write-in vote for the MVP race in Joel Embiid's favor quite yet, but the season he has had to start clearly deserves representation in the running for the award.

Embiid's season has started in ridiculous fashion through the Sixers' first 30 games of the regular season. He's currently averaging 26.9 points per game, 13.4 rebounds and 3.6 assists through his first 30 games in his third season in the league.

Through the first 30 games, Embiid has compiled 806 points and 402 rebounds, stats only some of the greatest players in NBA history have put up.

The last five players to score 800 points and record 400 rebounds in his first 30 games of the season:

Could he be this season's MVP? pic.twitter.com/nvBU1GK3r9

According to Sports Illustrated, Embiid joins only O'Neal, Malone, and Abdul-Jabbar as the only four players to achieve this feat of at least 800 points and 400 rebounds through their team's first 30 games of the season.

Embiid has a long way to go this season to prove that he is the NBA's best center, but if the first 30 games of the season are any indication, the Sixers' superstar is on track for having one of the best seasons in history.

Just last Friday night, Embiid shocked the world with his 40 point, 21 rebound performance in a loss to the Pacers. He became the first Sixer since Charles Barkley on Dec. 7, 1990 to reach the 40-20 plateau in a single game.

Embiid's 24 points and nine boards against the Cavaliers on Sunday allowed the center to enter royal territory among some of the best big men in basketball.

Embiid is averaging 24.4 points, 13.6 rebounds and shooting 49.4 percent from the field in his last 10 games. Coming up, the Sixers visit the Spurs on Monday night, host the Knicks Wednesday and the Raptors on Saturday before heading to Boston to take on the Celtics on Christmas Day.