Eagles Flyers Phillies Sixers Union About Us Write For Us
Around the NHL: Winds of Change, an Unconventional Owner, and that Ovechkin Guy
By the numbers: Embiid's first 30 games are already legendary 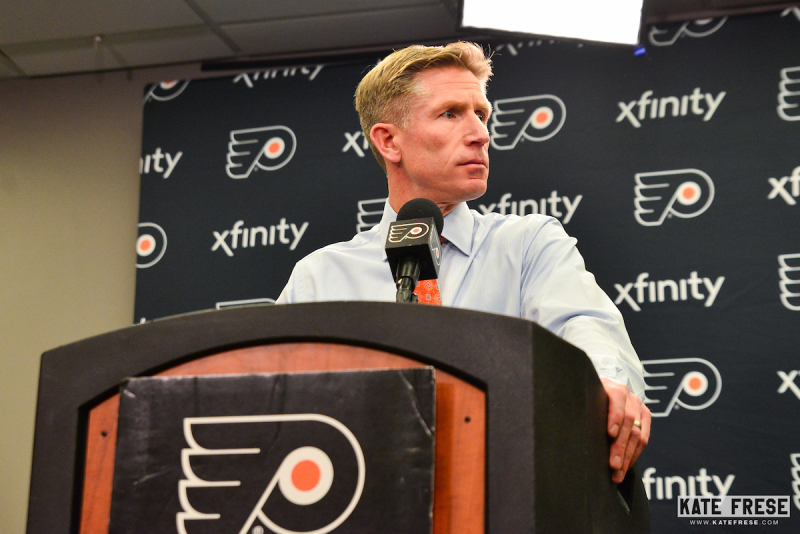 The reports started to surface as the team was in the air on the way back from Vancouver on Sunday afternoon after a five-game road trip. Now the news is official. Dave Hakstol is no longer the Flyers head coach.

Hakstol was officially fired on Monday afternoon by the Flyers, according to GM Chuck Fletcher. Phantoms head coach Scott Gordon will serve as interim head coach.

Hakstol spent three-plus seasons behind the bench with the Flyers, coming to the NHL after coaching for 11 seasons at North Dakota.

In his first season behind the bench in 2015-16, the Flyers posted a 41-27-14 record and reached the playoffs, falling in six games to the Washington Capitals.

Through 31 games this season, the Flyers had a 12-15-3 record and 28 points in the standings, last place in the Eastern Conference and the third-worst point total in the league.

With a career mark of 278 games behind the bench for the Flyers, Hakstol was the third-longest tenured head coach in franchise history, trailing only Mike Keenan (320) and Fred Shero (554).

There is speculation that Joel Quenneville will become the Flyers head coach eventually, though nothing is official at this time. Gordon was not with the team on Monday. The current assistant coaches led Monday's practice.

The Flyers get back on the ice on Tuesday night against the Detroit Red Wings.

Is this a real report or more bullshit again