Eagles Flyers Phillies Sixers About Us Write For Us
Report: Wentz not expected to play vs. Rams, may miss rest of season
Report: Suns Not Interested in Fultz 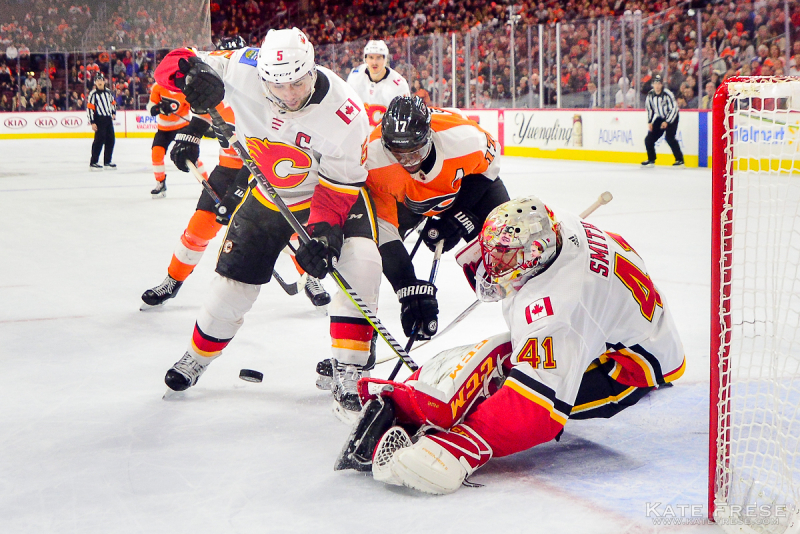 The Flyers five-game road trip started with two very different results over the weekend. After rallying for a 6-2 win over the Buffalo Sabres on Saturday, they were handed another lopsided defeat, 7-1, in Winnipeg on Sunday.

For the Flyers to avoid more significant changes as the season progresses, finding some consistency in the results is imperative. The next chance for a victory comes on Wednesday night against the Pacific Division leading Calgary Flames.

Sean Couturier figures to return to the lineup in a bit of a new role, the second-line center. It will be interesting what that decision does for the Flyers in the short-term.
Johnny Gaudreau was actually held scoreless in his last game, but then again, so were the rest of his teammates. Otherwise, the South Jersey product is on a roll, with 10 points in the previous four games.

Anthony Stolarz came on in relief on Sunday in a 3-1 game after a solid afternoon in Buffalo on Saturday and got lit up for four more goals. It's certainly difficult for Stolarz to be put in that situation cold. He should be able to fully prepare as the starter for Wednesday.

Mike Smith still gets the bulk of the starts for the Flames, but nothing is certain with David Rittich experiencing a lot of success in the crease this season.

With Sean Couturier back in the lineup, Jori Lehtera exits. The rest of the roster is the same for Wednesday with a lot of shuffling within the lines.