Eagles Flyers Phillies Sixers Union About Us Write For Us
Eagles Armchair: Saint Nick visits Philadelphia early
Around the NHL: Winds of Change, an Unconventional Owner, and that Ovechkin Guy 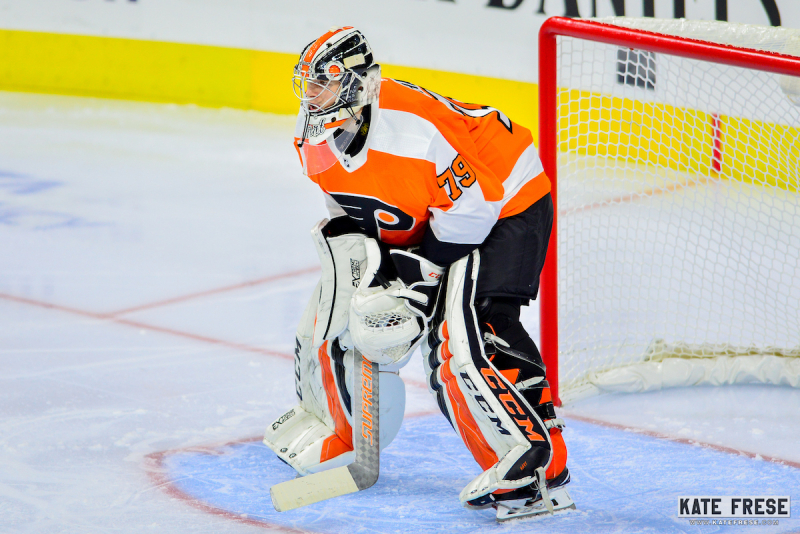 Ready or not, here he comes. The Carter Hart era is upon us.

The Flyers recalled the 20-year-old netminder on Monday. Goalie Alex Lyon was returned to the Lehigh Valley Phantoms. Anthony Stolarz, who left Saturday's game with an injury, is out for 2-to-4 weeks with a lower-body injury.

It appears that Michal Neuvirth will be available for Tuesday's game as well after leaving the road trip early to return home for the birth of his second child. Hart is likely going to make his NHL debut on Tuesday against the Red Wings.

Should Hart play on Tuesday, or at any other point this week, he will be the sixth goalie to play a game for the Flyers this season. Brian Elliott and now Stolarz are both out with injury. Lyon returns to the Phantoms. Neuvirth will be part of the active roster and Calvin Pickard was claimed off waivers by Arizona in late November.

Hart's call-up comes at a time of complete chaos for the Flyers organization. The team just completed a five-game road trip with losses in the last four games. As the team flew home from Vancouver on Sunday, reports surfaced that a coaching change was about to happen. As of Monday morning, no coaching change has been made.

The Flyers are practicing on Monday afternoon and have a game on home ice against the Red Wings on Tuesday night at 7 p.m.