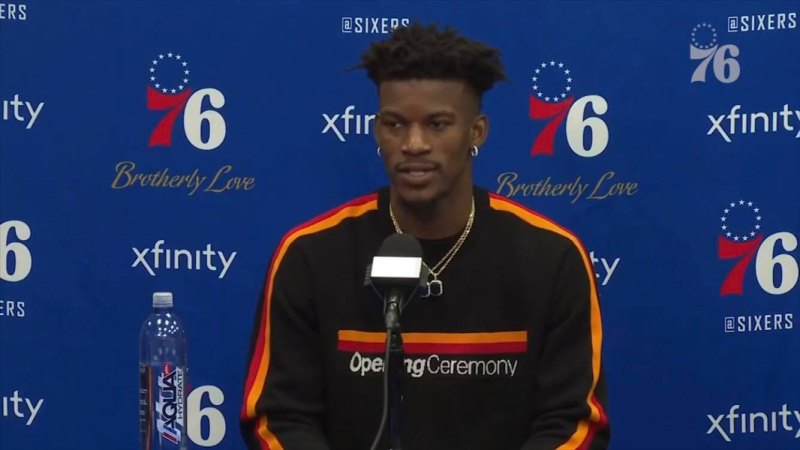 The Philadelphia 76ers beat the Detroit Pistons at home on Monday night, pushing their home record to 14-1. That's their best home start since the 1966-67 season. The Sixers got strong contributions from the bench, Ben Simmons was aggressive and Joel Embiid was rusty, but still pulled off a 24-point performance to go along with a +30.

Meanwhile, Jimmy Butler left the game in the first half with a strained groin. On Tuesday, Brett Brown addressed the injury after practice.

"The MRI came back favorable," said Brown. "But we will list him as doubtful for tomorrow night. In regards to what are we guessing, what are we thinking going forward...we really can't make that prediction. What we can say is that the MRI revealed nothing significant."

If there is a game to get Jimmy some rest to heal, it seems like the Nets are a good team to do it against. They do play the Sixers hard, but it's still only December and it is important that Butler isn't in danger of making the injury worse by playing. They need him for the long haul.

The Sixers are 11-3 since the Butler trade. Jimmy is posting averages of 19.8 points and 5.2 rebounds on 48.7 percent shooting overall and 41.9 percent from beyond the arc.

After playing host to Brooklyn on Wednesday, the Pacers come to town on Friday night. The Sixers finish off their week with a matinee 3:30 p.m. game in Cleveland on Sunday.