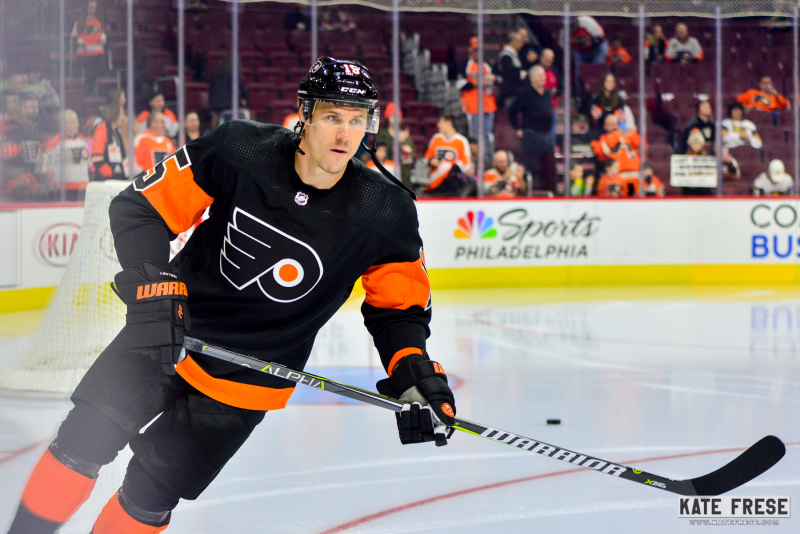 Just as the Flyers' preseason was getting underway in September, reports out of Finland named Jori Lehtera as a suspect in a large-scale cocaine bust, with the potential to be formally charged down the line.

According to a new report from Finland's MTV (not to be confused with Music Television), that time has come. Prosecutor Antti Virtanen of Pirkanmaa District in southern Finland has charged Lehtera and 21 others in a substantial cocaine ring, and proceedings are set to begin next Monday.

The prosecution alleges that the cocaine ring had taken place throughout Pirkanmaa (similar to a county in the United States) and the Tampere region, roughly 111 miles northwest of the capital of Helsinki. Beginning in 2017, cocaine imported from the Netherlands was distributed, with two kilograms and €650,000 ($765,115.65 USD) seized by police.

Lehtera's lake cottage in Tampere was where the bust was uncovered, though he was not present at the time. He's denied any involvement.

At that time, Lehter was not among those detained, but the police questioned him on suspicion of a drug offense. Lehter has denied his guilt.

The first date of cocaine in the district court is Monday, the last day of the year. Seven sessions are reserved for the course.

- The first is to go through the prosecution of the main people, that is, those who have been dealing with considerable quantities of substances, Virtanen says.

The lecture will be held in the hall later in January.

Finland's Narcotics Act classifies this as an aggravated narcotics crime, which calls for imprisonment between one and 10 years. Lehtera will have his day in court in January, though according to Janne Virtanen (no relation to the prosecutor), he is not considered a main suspect for now.

Judging by the wording in the MTV story, Lehtera is not one of the main suspects...

Lehtera, who turns 31 on Sunday, has one goal and three points through 24 games this season. His contract expires at the end of this season, though depending on how he fares in court, the Flyers could exercise options much sooner.