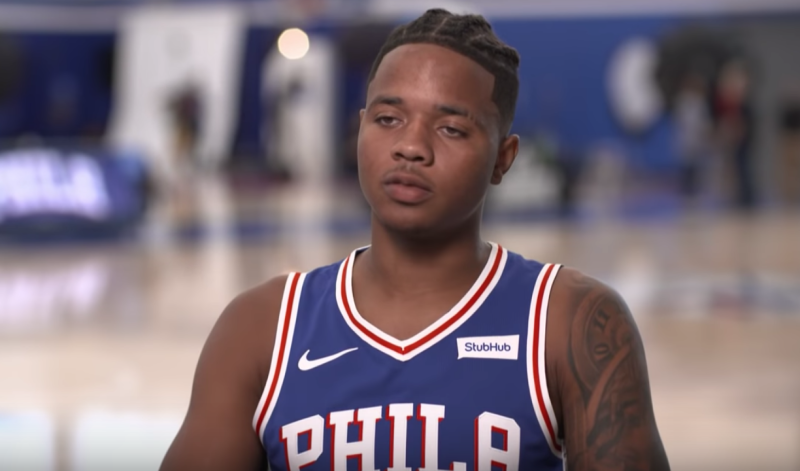 While it is still unclear whether or not Philadelphia 76ers point guard Markelle Fultz will ever play another game for the team while he is sidelined with thoracic outlet syndrome, he is still the subject of trade chatter around the NBA.

It was reported earlier in the week that the Phoenix Suns were no longer interested in acquiring the former No. 1 overall draft pick in a possible three-team trade that revolved around Trevor Ariza and the Lakers' Kentavious Caldwell-Pope.

After the Suns backed out of talks with the Sixers, it seemed as if no team would be interested in Fultz with a diagnosis that lingers over him and his future.

According to sources who spoke to Liberty Ballers and reported on by Vince Ellis of the Detroit Free Press, the Detroit Pistons are reportedly interested in acquiring Markelle Fultz via trade. Also mentioned by Liberty Ballers, according to the same source, the Orlando Magic have also had interest in the point guard as well.

The value behind a trade involving Markelle Fultz still seems to be incredibly murky, given how unlikely Fultz sees action on the floor for the rest of the season and whether he will ever become the player he was drafted to be after being diagnosed with TOS.

It's obvious both the Pistons and Magic are lacking in the point guard area and will be looking to improve and perhaps Fultz can help fit that void in the long-term future. It's hard to believe, however, that teams would be willing to give up assets in order to add a guy that has played only 33 games between all of last season and the start of this year.