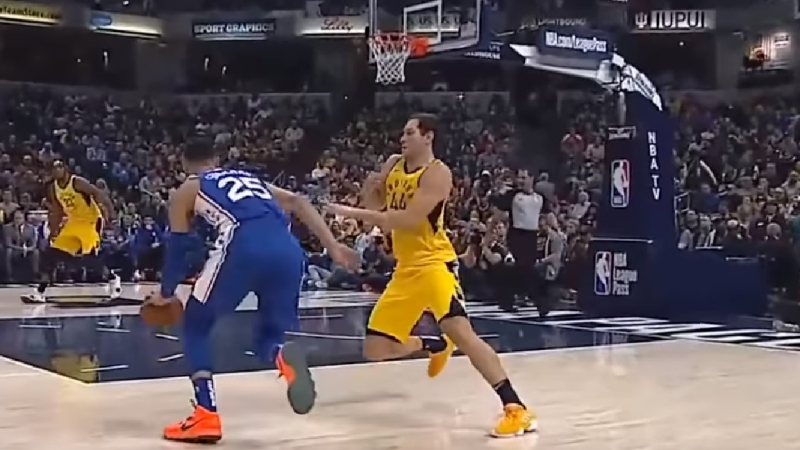 When you look at the schedule as a whole the last handful of weeks for the Philadelphia 76ers, one wouldn't consider it to be very strong, especially given the teams they have faced.

In fact, according to statistics revolving around strength of schedule, the Sixers weren't exactly ranked highly amongst other teams. With a -0.7 rating in SOS, the Sixers (19-10) are currently ranked 26th in the league, while teams such as the Utah Jazz (14-15) are ranked first with a rating of 2.2. The archrival Boston Celtics (17-10) were ranked second with a rating of 0.7.

On paper, the Sixers really haven't played many strong teams, as evidenced by their last 10 games played. Despite winning seven of their last 10 games, the Sixers only played above-.500 teams five times, including two games against the Detroit Pistons (now 13-13) and a game against the first place Toronto Raptors (23-7). Among the last 10 games, the Sixers have wins over the then 10-8 New Orleans Pelicans, the 8-13 Brooklyn Nets, the 7-16 New York Knicks, the 8-14 Washington Wizards and losses to the 3-14 Cavaliers and most recently a three-point loss to the Nets, now 11-18.

With little injuries haunting the Sixers here and there with problems surrounding the team's lack of depth when Jimmy Butler is out of the lineup, the Sixers haven't had nearly the amount of opportunities to properly be battle tested for the remainder of the season when they begin to encounter better and better teams.

As far as good teams go, the Sixers really have only seen the Celtics, Bucks and Raptors through the first 29 games of the season. From the Western Conference, only the Jazz, Pelicans and Clippers stand out as tough matchups despite still not being a part of the upper echelon like the Warriors, Nuggets and Thunder are right now.

On Friday, the Sixers get their second look at the Indiana Pacers (18-10) of the season when they visit the Wells Fargo Center. The last time out on Nov. 7, the Sixers took down the Pacers 100-94 at Bankers Life Fieldhouse, despite 36 points from Victor Oladipo, which included seven assists and six rebounds. Domantas Sabonis added a double-double off the bench with 16 points and 11 rebounds in 32 minutes. This is also the first time the Sixers will face the Pacers with Jimmy Butler (questionable, groin) on the team, as Dario Saric and Robert Covington were a part of the squad that last took down Indiana. Joel Embiid scored a team-high 20 points and Ben Simmons added 16 points, 10 boards and eight assists. The win snapped an 0-5 start to the season on the road for the Sixers and was one of the final games of both Saric and Covington's tenure in Philadelphia.

Now, the Pacers have seen a breath of life in their team since regaining the services of Oladipo, who missed 11 games due to a knee injury. He played his first game back with the team on Wednesday against the Bucks, scoring 12 points on 5-of-11 shooting in 29 minutes. While the Pacers are still working Oladipo back into the rotation, it should be expected that he will see quite a lot of time in the lineup on Friday against the Sixers.

The Pacers have won five straight games, including seven of their last 10 games, similarly to the Sixers. The Pacers started the season off with a little bit of a rough patch, but seemed to have found their groove since Oladipo's injury. In that schedule of strength list, the Pacers have the 22nd strongest schedule with a rating of -0.6.

With two teams fighting for supremacy in the Eastern Conference, who are both still trying to figure out their identities, Friday's matchup should prove to be an interesting, competitive fight. If Jimmy Butler misses his second consecutive game, it will be intriguing to see how the Sixers rebound from Wednesday's tough 127-124 defeat to the Nets and how they deal with a Pacers team that is currently streaking, visiting their home floor.