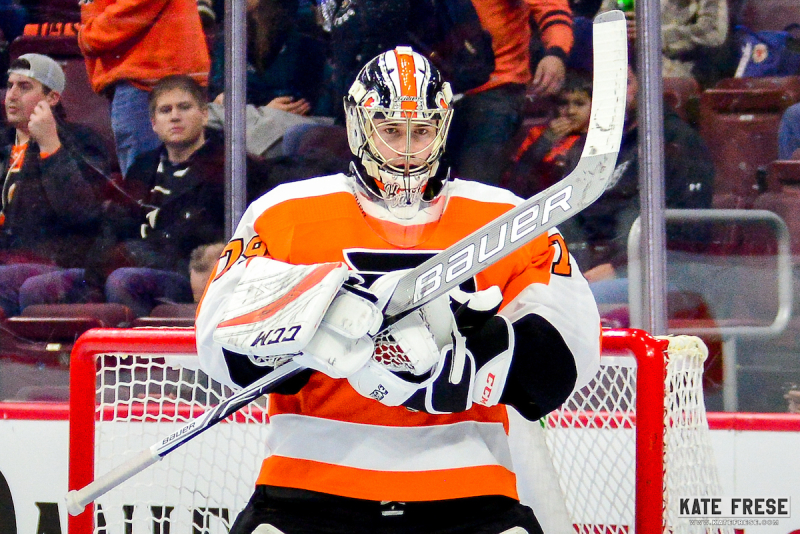 The Flyers announced a series of roster moves on Sunday as they returned to practice following the bye week and the All-Star break.

Goalie Carter Hart and forward Mikhail Vorobyev were recalled by the Flyers from the AHL, while forward Dale Weise was sent to the Lehigh Valley Phantoms, GM Chuck Fletcher announced.

The Flyers loaned Hart to the Phantoms to get some extra work in following a week-long break from game action. Hart took part in Friday's morning skate with the Phantoms and played in Saturday's game, stopped 32 of 35 shots faced in a 4-1 loss.

Hart was recalled by the Flyers again on Sunday and will start in Monday night's game against Winnipeg. In 12 starts this season, Hart has a 6-5-1 record with a 2.66 GAA and .918 save percentage. He also won four of his previous five starts, including three straight wins entering the All-Star break.

According to a report from NBC Sports Philadelphia's John Boruk, Hart will stay with the Flyers for the remainder of the season, though he has not been told this as of yet.

In addition, the Flyers recalled Vorobyev from the Phantoms as well. Vorobyev started the season with the Flyers, getting a goal and an assist in seven games before being sent back down to the AHL. Since returning to the AHL, Vorobyev has six goals and 16 assists for 22 points in 32 games.

To make room on the roster, the Flyers sent Weise to the minors. Weise was placed on waivers on Jan. 15 and cleared the following day, but remained on the NHL roster. The Flyers scratched Weise in a pair of home games last Monday and Wednesday and told him to stay home as the team played last Saturday in Montreal while they tried to work out a trade for the forward. With no takers so far, Weise now heads to the minors.

Weise has five goals and 11 points in 42 games this season.

The Flyers are back on the ice on Monday night to face the Winnipeg Jets. Game time is 7 p.m.