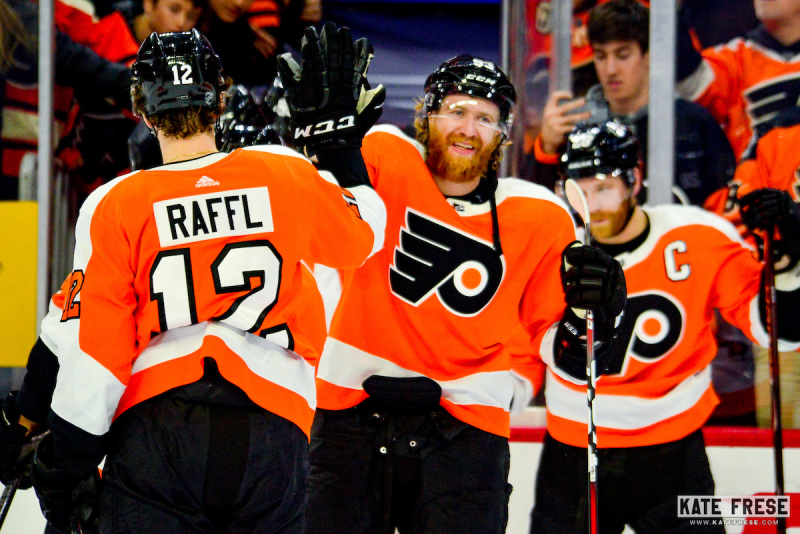 It's finally over. After eight games of pure misery, the Flyers returned to the win column on Thursday night with a 2-1 win over the Dallas Stars.

While this was far from perfect for the Flyers and their play still showed some of the familiar flaws that had them on a lengthy losing streak to begin with, this was also a game where the Flyers got some bounces, played to their strengths in the game and got some help from the guy in goal.

This was a pretty lopsided numbers battle. The Stars had a 61.36 CF% for the game at 5-on-5, including a 65 CF% in the second period and 67.65 CF% in the third. The Stars also had eight high-danger scoring chances to six for the Flyers for the game.

It hasn't been common this season, but the Flyers came out on the losing end of the face-off battle. Dallas had a 52.5 percent success rate on face-offs.