Eagles Flyers Phillies Sixers About Us Write For Us
Previous month:
December 2018
Next month:
February 2019

Make it six straight wins for the Flyers, this one coming in come-from-behind fashion.

The Flyers did it again, getting a third-period power-play goal to tie things up and scoring on the power play in overtime to get the win, in a building that has been a horrific place to play in recent years, especially in late-game situations just like the one presented on Thursday night.

This was a character win for the Flyers, who got contributions up and down the lineup and stuck to a game plan that proved to pay off in the end.

With the game tied late in the third, it was an all too familiar scenario for the Flyers in Boston. There has been plenty of heartbreak in years past when the Flyers make the trip to Boston. This time, the roles were reversed.

A third-period power-play goal got the game tied and Travis Sanheim scored on a power play in overtime to give the Flyers a 3-2 win over the Bruins on Thursday night.

The Eagles and safety Rodney McLeod have agreed to a restructured deal.

The #Eagles and Rodney McLeod have agreed to a reworked contract that will keep him with the team through 2019. #FlyEaglesFly

The Eagles are getting some relief for their cap space issue in 2019.

According to the Collective Bargaining Agreement between the NFL and the Players’ Association, teams can carry over any cap space that they did not use into the next season. On Thursday, the official numbers were announced by the NFLPA. 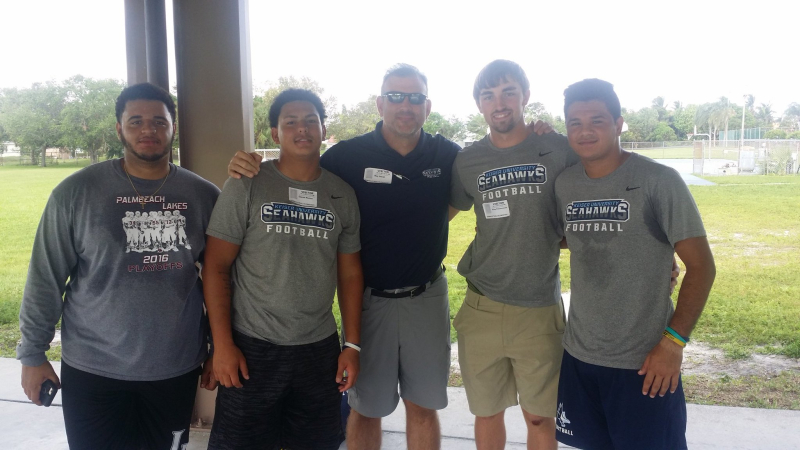 The Eagles have added another coach, this time a replacement for Eugene Chung.

Thank you and Congrats to @COACHISTVAN we are so excited for you to start your next journey with the @Eagles ! @NAIAFBALL @FootballScoop @keiserfootball pic.twitter.com/1cZ18R005X

Roy Istvan is leaving Keiser University to take on the role of assistant offensive line coach with the Birds.

The Flyers have been riding a wave of success lately, winning five straight games and six of their last seven as they enter Thursday night's game. One of the wins on the current streak came against the opponent they will face on Thursday in their final road game for nearly two weeks.

The Flyers face off against the Bruins on Thursday night, a team that has lost five of the last seven games since a five-game winning streak of their own.

Padres Enter the Bryce Harper Mix, Will Meet With Outfielder

Despite a lot of internet buzz earlier in the week, free agent superstar outfielder Bryce Harper remains unsigned.  Are the Phillies in a good position to sign Harper? Perhaps.  However, more teams are involved, and one such suitor has been named.

Ken Rosenthal of the Athletic reports that the San Diego Padres have entered the fray:

But that's not all: Harper has had even more meetings with even more teams:

Harper and/or his agent, Scott Boras, have met with a number of clubs in recent days, including second and third meetings in some cases, sources say. No indication a deal is close. https://t.co/LQgI9jceJD

Still, it is rather strange that the Padres are entering now.

Many wondered why the Phillies waited as long as they did to get involved in the Harper mix.  Some have suggested they prefer infielder Manny Machado comparing the two players.  While the club says they are optimistic they will land one of the two players, there seems to be no movement in either direction.

Pitchers and catchers report to Spring Training in 13 days.

As announced Tuesday afternoon, Philadelphia Phillies franchise hits leader Jimmy Rollins is back with the organization as a special advisor.

"Last spring training, I met with [Matt] Klentak and [Executive Vice President] Dave Buck just to go over getting back involved with the organization," Rollins said during a SportsRadio 94 WIP appearance on Wednesday. "I sat down for breakfast and they just basically said, 'let us know what you want to do ... if you want to get involved in any capacity, let us know and we'll consider it and go from there.'

All eyes are on Philadelphia Phillies ownership and the front office to ink a deal with at least one of the top two free agents this offseason — Bryce Harper and Manny Machado.

Fans are itching for a deal to become official, especially given spring training in Clearwater, Florida is just weeks away. So much so, rumors ignited Tuesday on social media regarding the Phillies "nearing a deal" to sign Harper.

"I see a lot of it second-hand. I try to stay out of the fray. ... I woke up [Tuesday] morning to a bunch of 'congratulations' texts. I said, 'what are you congratulating me for?' and then I figured it out," Klentak said. "I'm plenty aware of it. Whether it's my friends, family or colleagues, everybody's talking about it."

"It's an exciting time for the Phillies."

There has been little to no verified reports in recent days, or weeks, regarding the latest happenings of the Phillies' progress in nearing a day for either Harper or Machado. Most of that can be attributed to the Phillies' preference to "guard" their negotiations.

"We've been pretty upfront about our pursuits with the high-profile free agents this year. I tend to keep the information about the status of the negotiations pretty guarded," Klentak said. "I don't think it's in our best interest to disclose much about that."

Klentak went on to tell Salisbury that he thinks the fans are "well aware" that the club is pursuing the top-end of this offseason's free agent class. The Phillies have already inked deals with a former Most Valuable Player in Andrew McCutchen, along with a 2009 World Series champion back-end reliever with a career 2.88 ERA in the American League in David Robertson. Not only are Harper and/or Machado possibilities, but other notable free agents in Craig Kimbrel, Dallas Keuchel and Mike Moustakas are also reportedly drawing interest from the Phillies.

Klentak said he and the Phillies "don't really know" when the free agency process "will resolve itself," and that it is "not 100 percent with anybody's control — not the Phillies, not any other team, and not the player or the agent."

"To reach a deal, it really takes multiple parties coming together to do that," Klentak said. "I have optimism [and] I am confident that we've put our best foot forward with these guys — both in the meetings that we had and in the subsequent dialogue that we've had.

"It's impossible to predict where someone's going to land or how much money they're going to make. I don't know the answer to that, but I'm very confident in our approach."

It's easy to forget moves the Philadelphia Phillies made this offseason, given all attention is toward whether superstar free agent Bryce Harper will sign with the club.

Besides minor-league moves and elections to free agency, the Phillies' first key transaction this offseason was acquring SS Jean Segura, RHP Juan Nicasio and LHP James Pazos from the Seattle Mariners for 1B Carlos Santana and SS J.P. Crawford.

The Phillies viewed highly of Segura; Radio Color Analyst, Kevin Frandsen said the club got better with the trade. "There's a fight, there's a grind at the plate that [Segura] has," Frandsen said. "When he gets to two strikes, he doesn't just put the ball in play, he hits the ball hard." Vice President and GM Matt Klentak called Segura one of baseball's best players, and that acquiring him "moves the needle."

Just as much as the Phillies admire Segura's baseball talent, so do the Mariners with Crawford. Mariners GM Jerry Dipoto explained the club's desire to acquire the 24-year-old on his latest "Wheelhouse" podcast.