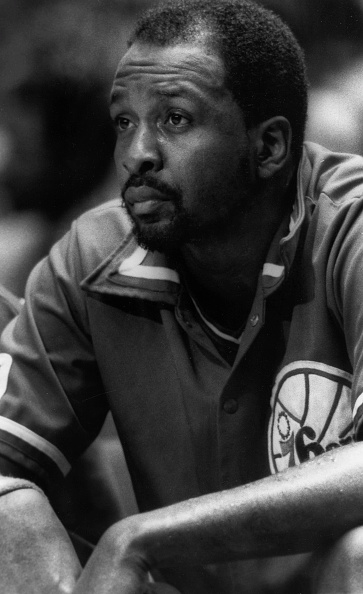 Moses Malone's No. 2 jersey will hang forever from the rafters at the Wells Fargo Center, the Sixers officially announced today.

The Sixers will honor the late Hall of Fame center by retiring his number during a halftime celebration on Friday, Feb. 8, when the team plays the Denver Nuggets in South Philadelphia.

In addition, the team will introduce a new Malone sculpture on their 76ers Legends Walk at their new training complex in Camden, New Jersey prior to the Sixers-Nuggets game.

Malone, a Virginia native, was the first player ever drafted from high school directly into the ABA, going to the Utah Stars in the third round in the 1974 ABA Draft. While in Utah, he was an ABA all-star his rookie season, averaging 18.8 points, 14.6 rebounds and 1.5 blocks,.

Malone eventually landed in the NBA in 1976 when the ABA merged with the NBA, as he became a Buffalo Brave, and later traded to the Houston Rockets just two games later.

As a Rocket, Malone was an All-Star in five of his six seasons, averaging 24 points, 15 rebounds, 1.3 assists and 1.6 blocks, led the NBA in rebounding three times and captured league MVP honors in 1979 and 1982.

Malone also led the Rockets to the NBA Finals in 1981, losing to the Boston Celtics in six games.

In 1982, the Sixers traded Caldwell Jones and a future first-round pick, which ended up being Rodney McRae, to Houston for Malone, which is often considered to be one of the greatest trades in both Sixers and Philadelphia sports history.

Before the 1982-83 campaign, the Sixers had lost in the NBA Finals in 1977 to the Portland Trail Blazers and in 1980 and 1982 to the Los Angeles Lakers. The addition of Moses became the difference, as he teamed up with Julius Erving and Mo Cheeks, along with head coach Billy Cunningham, to finally capture the championship in a four-game sweep of the Lakers.

Moses won both the regular season and Finals MVP awards, famously saying before the playoffs that the Sixers would go "fo, fo, fo," or in other words, three straight series sweeps, which was unsuccessful, as the Sixers lost a game to the Milwaukee Bucks in the conference finals, the only blemish on Moses' season.

In two stints with the Sixers, Moses averaged 21 points, 12 rebounds, 1.5 assists, 1.3 blocks on nearly 48 percent shooting in 33 minutes per game. Malone made four straight All-Star game appearances starting in 1982 and led the league in rebounding his first three seasons in Philadelphia.

One of the most beloved and adored Sixers ever, Moses was known as a kind and gentle man with a ferocious work ethic and will to win, and is often considered to be the final piece to end the Sixers' late 70s-early 80s struggle of never winning a championship with the aforementioned Erving and Cheeks, among others.

Malone was honored with being named to the NBA's 50 Greatest Players list at the All-Star game in 1996, and is one of only eight players in NBA history with at least three regular season MVP awards.