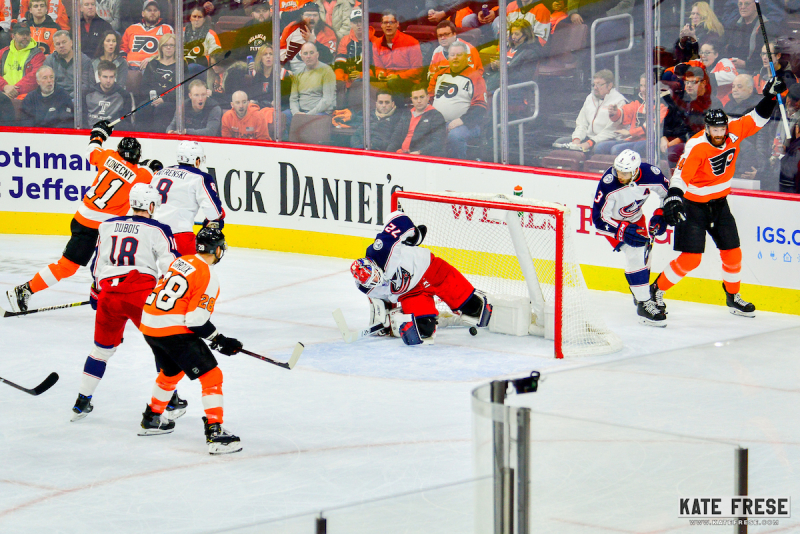 A win on Tuesday moved the Flyers ahead of the Buffalo Sabres in the standings. The Flyers have a ways to go before the pass the next team in front of them, but they can put a dent into things on Thursday night.

The Columbus Blue Jackets may have loaded up at the trade deadline, but they currently sit outside of the playoff picture with 19 games to play. The Flyers are six points behind Columbus, looking to cut into that margin.

The Flyers best forward in Tuesday's game was Oskar Lindblom. Not only did Lindblom get the first goal early in the game, but he was always around the puck, active on the forecheck and making plays throughout the game. Lindblom has scored seven of his 12 goals this season in the last 14 games.
Since being traded from Ottawa to Columbus, Matt Duchene has one goal and one assist in three games. In February, he was a force in Ottawa. As February concludes, Duchene enters Thursday's game with eight goals and five assists in 12 games.

Brian Elliott made 34 saves in Tuesday's win, continuing his recent hot stretch since returning from injury. He gets another start on Thursday night, looking to keep the Flyers winning ways going.

A loss on Tuesday was Sergei Bobrovsky's first slip-up in a while. He had back-to-back shutouts over the weekend against Ottawa and San Jose. He has four wins in his last seven games, but three of those wins have been shutouts. He's also had the Flyers number all season with wins in all three meetings.

The Flyers will go back to the 12 forward, six defenseman lineup. Andrew MacDonald comes out of the lineup and Phil Varone returns.