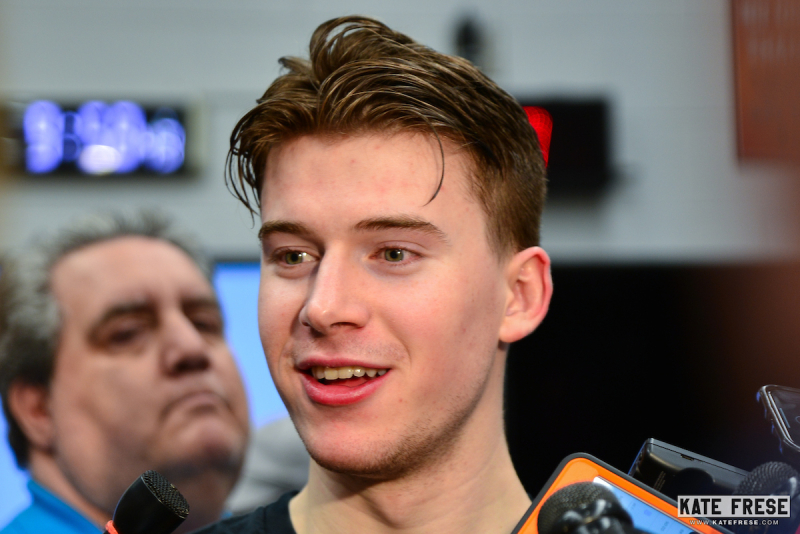 The 20-year-old rookie sensation did it again. Carter Hart is becoming a regular rock star in South Philadelphia.

Hart was the center of attention again, making 41 saves in the Flyers eighth straight win, 2-1, over the Vancouver Canucks.

The Flyers had a 53.57 CF% in the first period at 5-on-5. In the second, the Canucks controlled possession, with a 61.22 CF%. In the third, it was even worse, with the Canucks holding a 76.19 CF%. The Flyers led with eight high-danger scoring chances in the game, but didn't have much of anything going in the final 20 minutes, while the Canucks generated.