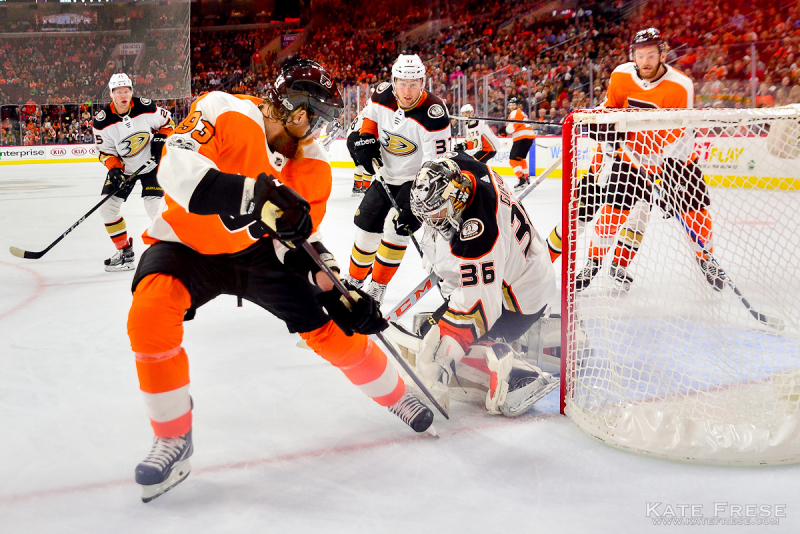 The Flyers winning streak came to an end on Thursday, but a late goal by Jake Voracek forced overtime and essentially stole the Flyers a point. They will carry a nine-game points streak into Saturday afternoon's game.

The Flyers continue a five-game homestand with a game against the Anaheim Ducks. The Ducks have been in complete free-fall mode, with just two wins in their last 20 games. The opportunity presents itself for the Flyers to rebound from Thursday's defeat properly to keep their comeback efforts going in the right direction.

The points aren't always coming for Nolan Patrick, but he's come close to making some plays that would result in goals. Patrick's certainly found a new gear, and could be dangerous against the Ducks, a team he beat with a late third-period goal in October.
There haven't been many bright spots around the Ducks of late, and if they are going to climb out of this losing spell at all, they need some help from their captain. Ryan Getzlaf is the team leader in points and looks to lead the way for a floundering team.

Carter Hart gets back between the pipes on Saturday after having Thursday's game off. He enters with a personal seven-game winning streak. A win would make him just the second goalie in NHL history to string together eight straight wins before his 21st birthday.

John Gibson has received a bulk of the work for the Ducks this season. Early in the year, he was a catalyst, leading the way and getting thrown into the early discussion for the Vezina. Recently, he's been decent, but his numbers have taken a hit as a result of the team's struggles.

Phil Myers was recalled before the game in the wake of a trade involving Dale Weise and Christian Folin, but was not on the ice for warmups. His debut will not happen Saturday. The lineup remains the same without him.