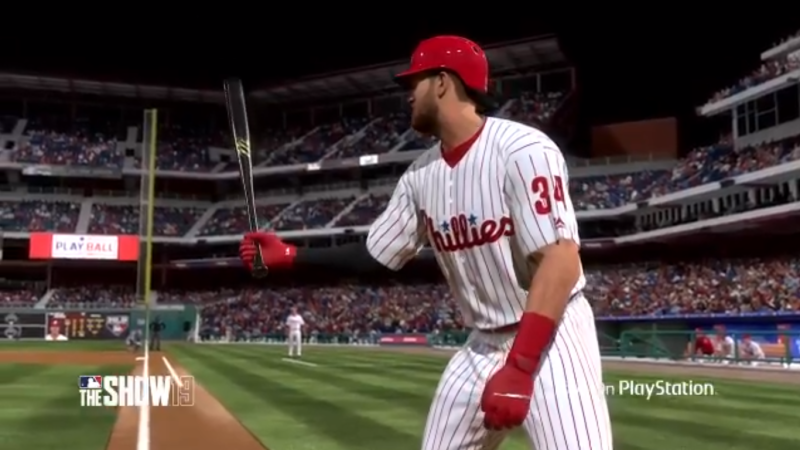 Bryce Harper, finally, is a member of the Philadelphia Phillies.

Throughout the offseason, MLB The Show has teased fans of the prospects of the perennial All-Star donning red pinstripes in 2019.

Well, now that it is a reality, The Show released the cover and trailer for their 2019 game, shortly after the Thursday announcement.

The final box art for @MLBTheShow 19 has been revealed, featuring the newest member of the Philadelphia Phillies — @Bharper3407: https://t.co/izv2ekIlgt pic.twitter.com/U5YV7zgvtH