Eagles Flyers Phillies Sixers About Us Write For Us
Report: Sixto Sanchez a 'Must' in Possible Trade for J.T. Realmuto
Flyers Best Chance at a Run is Now 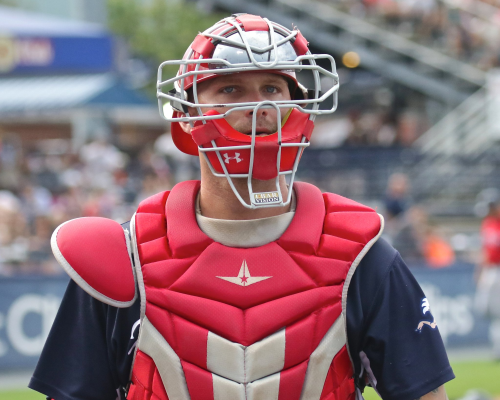 After a seven-season professional baseball career since debuting in the Oakland Athletics' system in 2011, Philadelphia Phillies minor-league catcher Nick Rickles announced on Twitter Wednesday evening that he is retiring as a player to join the Milwaukee Brewers organization as coach.

We're starting the countdown of our Top 10 most-viewed videos of 2018 with this @NickRickles walk-off winner in Game 3 of the ILDS.

No @DinoBamBino1124's were harmed in the making of this video. pic.twitter.com/pBTl2hSj5N

"This isn’t a goodbye. It’s more of a see you later, except with turf shoes on and a coaching mindset," Rickles tweeted, as part of the following complete letter:

You are the definition of love/hate, but man do I love you. Started at 6 years old hitting off a tee in my backyard, to hitting wiffle balls in my friend’s driveway, to playing in front of 50,000 fans in the World Baseball Classic in Japan.

You took me to every state in the United States and other places all around the world. You gave me friendships that I will cherish forever, life lessons that I will teach my daughter and knowledge I will share with my peers.

You have given me memories that I will share for a lifetime, stories that most would not believe, and a thick skin. This isn’t a goodbye. It’s more of a see you later, except with turf shoes on and a coaching mindset.

It is not known what specific role and at what level Rickles will be coaching for the Brewers.