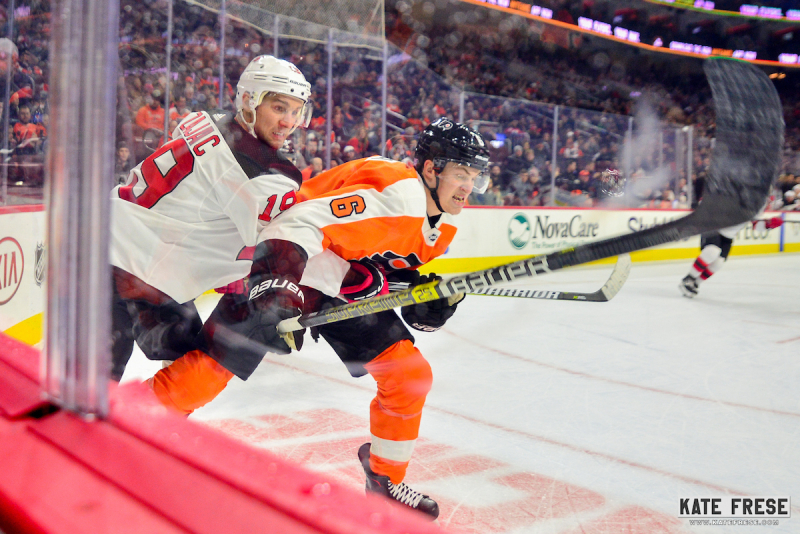 The Flyers managed to get a point in Columbus, but could not finish the job in a crucial game on the road, marking a bitter beginning to a three-game road trip against Metro opponents.

They don't get any time to wallow in the overtime loss from Thursday night. On Friday, they get right back on the ice to face the New Jersey Devils.

Jake Voracek went back-to-back games without a point, but since then, has six points in three games. He has scored in each of the last three games as well.
It's been a struggle for Nico Hischier lately. He has just one goal in his last 13 games and six assists in that time as well. The Devils are really decimated by injuries, so Hischier has really had to carry the weight of the team. That said, the first overall pick in 2017 is always a threat.

The Flyers are making NHL history on Friday. Cam Talbot gets the start, meaning he is the eighth goalie to suit up and play in a game for the Flyers this season. Talbot was traded to the Flyers on Feb. 15 from Edmonton and makes his debut with the team against the Devils.

Back from injury, Cory Schneider is expected to get the start. He returned on Feb. 7 and has made seven starts since. He has won four of his last five starts, including a pair of shutouts and a 34-save performance on Monday against Montreal.

The Flyers will likely go with the same lineup as Thursday night, but nothing will be confirmed until closer to warmups.