Eagles Flyers Phillies Sixers About Us Write For Us
Flyers-Blackhawks: Game 74 Preview
Hart, Flyers Stay Alive with Win in Chicago 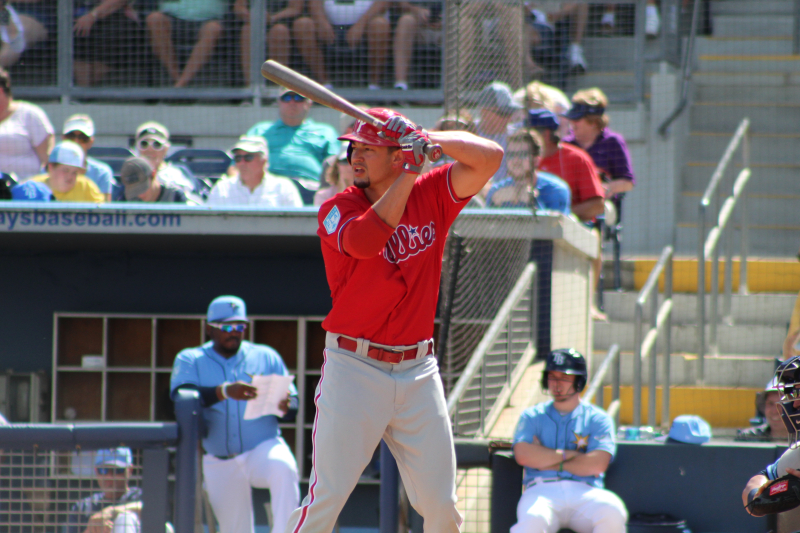 Dylan Cozens showed some power this Spring, but is heading to the minor leagues (Frank Klose/Sports Talk Philly)

With the 2019 regular season just one week away, the Philadelphia Phillies have nearly finalized their 25-man roster.

In addition, non-roster invitee OF Adam Haseley was sent to minor-league camp on Thursday, while OF Shane Robinson, OF Lane Adams, INF Phil Gosselin, INF Gift Ngoepe and C Matt McBride will be sent on Tuesday.

Cozens was among the players cut who showed the most promise this spring, slugging four home runs with a .941 OPS over 43 plate appearances.