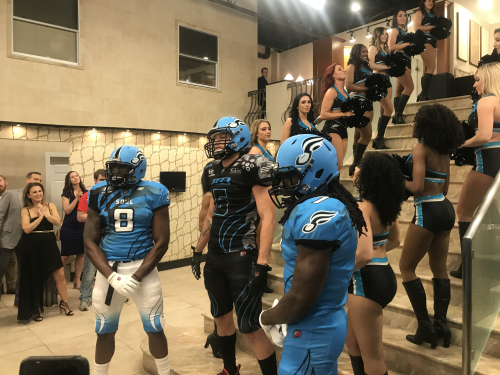 The 2019 Philadelphia Soul revealing their new uniforms at the "Meet the Team" event at Colonial Marble on Tuesday, April 23, 2019 (Matt Rappa/SportsTalkPhilly.com).

Less than two days remain until the Philadelphia Soul begins their quest to capture a fourth championship over 14 seasons, kicking off the 2019 season home against the Atlantic City Blackjacks.

While attending games is filled with excitement, fans who cannot make it down to the Wells Fargo Center will not miss any action. On Thursday, the Soul announced that all 12 of their 2019 games will be simulcast on either NBC Sports Philadelphia (NBCSP) or NBC Sports Philadelphia+ (NBCSP+) — marking the eighth consecutive season that the network will broadcast their games.

The Soul also announced that NBC Sports Philadelphia will additionally air all of the Atlantic City Blackjacks’ games; the Blackjacks are one of the league's two expansion teams added this season.

In addition to being broadcast on television, Ron Jaworski, AFL Chairman of the Executive Committee and Soul Majority Owner, recently told SportsTalkPhilly.com that all 2019 Soul games can be heard on 97.5 The Fanatic.

The Soul's home and season opener against the Blackjacks, Saturday, April 27, at 3:30 p.m. will air on NBCSP+; former AFL quarterback Sed Bonner will call the game. All AFL opening weekend games will also be streamed, for free, on the AFL website, the AFL app, and Monumental Sports Network. 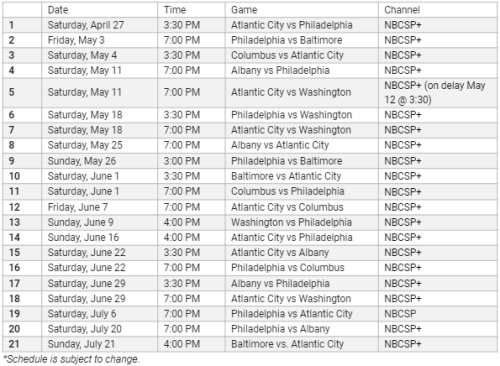