Eagles Flyers Phillies Sixers About Us Write For Us
Flyers Close 2018-19 Season with Loss to Hurricanes
Phillies, Eflin Aim for Series Win Against Berrios, Twins 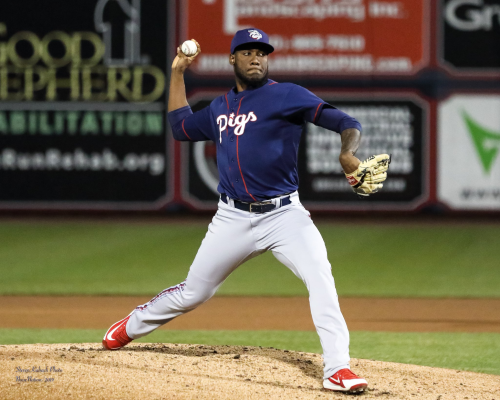 While the Philadelphia Phillies' major-league squad fell for just the second-time this season on Saturday — scoring a season-low two runs — some of their players still shined down in the minor leagues, including outfielders Roman Quinn (Clearwater) and Mickey Moniak (Reading), along with RHP Enyel De Los Santos (Lehigh Valley) and LHP David Parkinson (Reading).

Helping the Threshers to their first win on a rehab assignment (right oblique strain), Quinn — batting second — went 3-for-3 with a home run, two singles, walk, and sacrifice. He played all nine innings in center field, and is set to do so again on Sunday, before possibly making his return to the majors on Monday for the Phillies' three-game series opener against the Washington Nationals at Citizens Bank Park.

Moniak and the Reading Fightin Phils', behind Parkinson, improved to 3-0 on Saturday, limiting their opposition to just one run and two hits in their 8-1 victory. The 20-year-old, 2016 first overall pick outfielder went 2-for-4 with one run scored, three RBI, one walk and one strikeout, improving his batting average to .417. Moniak is the Phillies' No. 9-ranked prospect.