Solving A Mystery: Sam Thompson and the “Philadelphia” Uniform 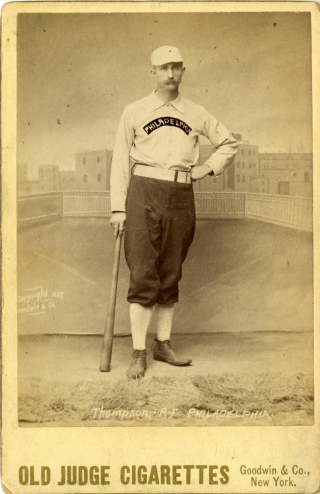 (National Baseball Hall of Fame)
By Matt Albertson, Historical Columnist
A coworker piqued my curiosity last week with a daily sports trivia tear off calendar. The trivia question asked what is the longest single word city to never appear, in full, on a major league baseball uniform? The answer, of course, is Philadelphia. However, I recalled an old Sam Thompson baseball card that had "Philadelphia" clearly across the chest. So what gives? First, some background on how Thompson joined the Phillies.
"Big" Sam Thompson joined the Phillies in 1889 after spending his first four major league seasons with the Detroit Wolverines. Detroit won the National League pennant in 1887 with a 79-45 record, 3.5 games better than the second place Phillies, and faced the American Association's St. Louis Brown Stockings in a 15 game postseason World Series which was played in 10 different major league cities. Detroit beat St. Louis 10 games to 5 and won baseball's first World Series trophy, the Dauvray Cup. Baseball was volatile in the 19th century to say the least and the Wolverines folded following the 1888 season, which meant the '88 Wolverines were up for grabs. Rumors swirled but eventually it was announced that the Phillies purchased Thompson's release from Detroit on October 16, 1888 for $5,000. Thompson spent 10 seasons with the Phillies and that is the first clue to solving the baseball card image.
So what did the Phillies' uniforms look like in this 10 year period? Fortunately there's decent photographic evidence as to the design of the uniforms. Below are the uniforms in question. 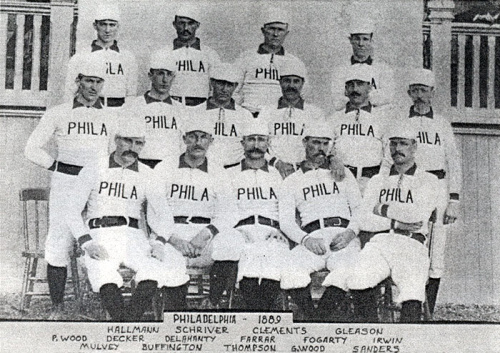 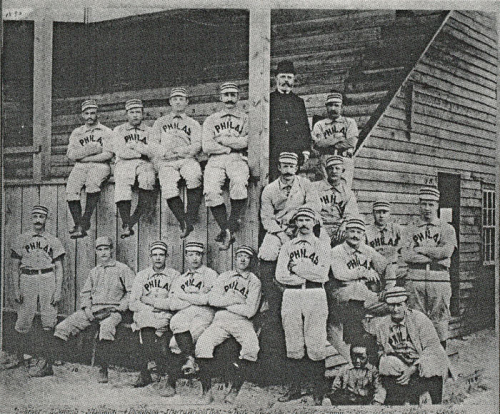 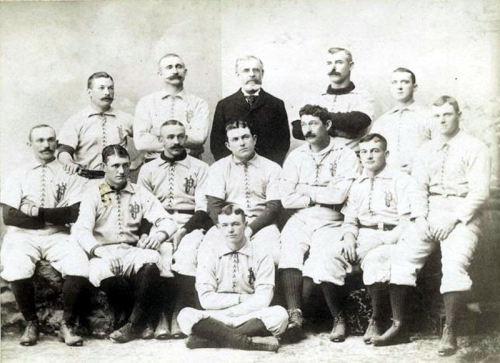 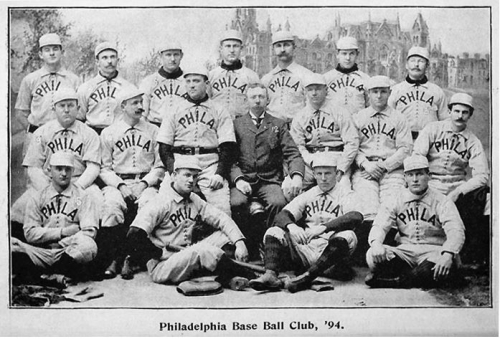 1894
The same image with a different date was used to identify the 1895 club and no contrary written evidence suggests that the uniform changed.
1895
Unknown
1896
Unknown
1897 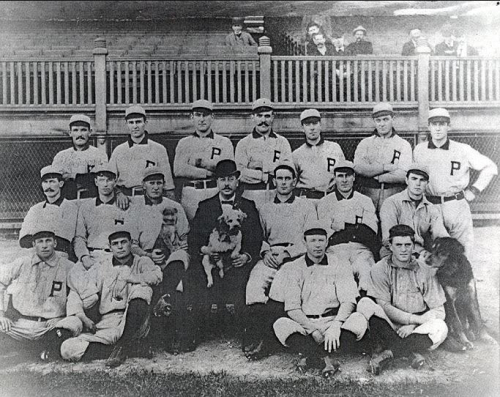 1898
There are a few missing links in the photographic history of Phillies uniforms during Big Sam's stay in Philadelphia, however the uniform styles are pretty consistent with little variation. White and red always make up the home uniform while dark blue and red or gray and red make up the away uniform. The only way for the average fan to see the club's uniform was to buy a ticket to a ball game, buy a Spalding or Reach base ball guide, or read a random description in the newspaper. Evidence of the uniform in question would surely grab a sports writer's interest due to it's unique design. But no evidence exists. So what gives?
This leads us to the card itself. The card is an Old Judge card issued by the Goodwin Company. These were inserted in Old Judge cigarette packages each year between 1887 and 1890 and Thompson appeared on only two Old Judge cards, first in 1887 and again in 1889. Thompson played for the Wolverines, not the Phillies, in 1887 so we can rule that year out. The year we're looking for is an 1889 uniform, but it doesn't match the photographic nor written evidence of the 1889 Phillies uniform. A dead end – almost. As we saw with the 1894 and 1895 Phillies uniforms from the Spalding Base Ball Guide above, the same photo was used for both years. A look at the 1887 Sam Thompson Old Judge baseball card provides an answer. 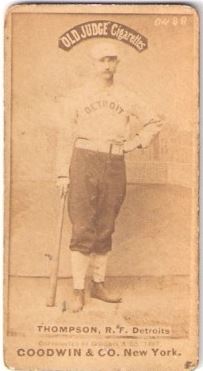 The only difference between the undated baseball card and the 1887 card is Philadelphia is written across the chest instead of Detroit. Everything else is the same. Goodwin & Co. used the same Thompson image from 1887 for its 1889 reissue with a twist – the company did some manual image editing and covered "Detroit" with "Philadelphia" 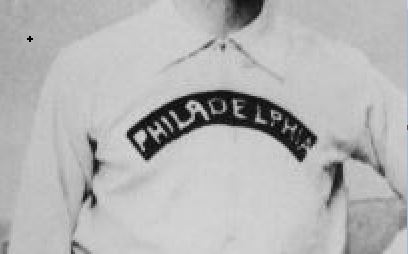 Notice how irregular the letters are in the dark arch, as if the letters were outlined with a precision cutting tool or knife. The method is a mystery, but the card is not. Sam Thompson's mystery Phillies card is an edited 1887 Detroit Wolverines image sold as an 1889 Phillies baseball card.