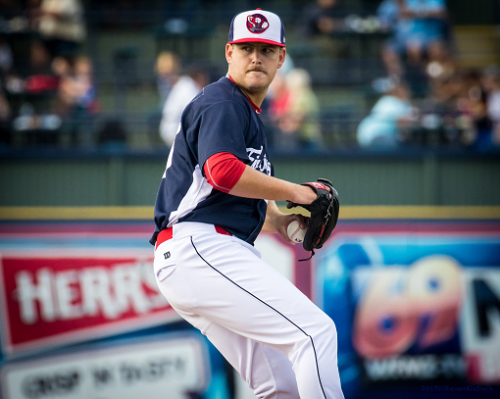 Last season's International League Pitcher of the Year, Philadelphia Phillies southpaw prospect Cole Irvin, will make his major league debut as a starting pitcher on Sunday — Mother's Day — in the interleague road series finale opposite the Kansas City Royals. Irvin will start in place of RHP Vince Velasquez, who was placed on the injured list on Saturday with a right forearm strain.

Irvin's success comes from his ability to use his four-pitch mix well to keep hitters guessing and off-balance, though his stuff largely grades out as Major League average. His fastball velocity did regress a bit in 2018, down to staying in the 90-91 mph range, showing the ability to throw his two-seamer down in the zone with sink to get ground-ball outs. His changeup, his best pitch, has improved, though, giving him one above-average offering. He mixes in two distinct breaking balls effectively.

Irvin throws all of his pitches for strikes, as evidenced by his career 2.0 BB/9 rate. His ceiling might be limited as a back-end starter, and there's not much margin for error given the nature of his stuff, but he's ready to show what he can do in the big leagues.

Irvin was slated to start for the IronPigs on Saturday; he will be promoted after the Phillies' game on Saturday, coupled with a corresponding move to the 25-man roster. The Phillies have a 40-man roster spot available for Irvin because of outfielder Aaron Altherr's designation for assignment.