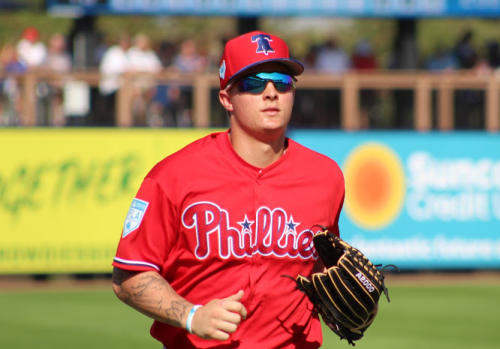 Mickey Moniak goes deep into the right field bleachers for a solo homer to tie the game in the eighth, his fourth HR of the year pic.twitter.com/Bc5gyrkRnO

Given no verifiable explanation for Moniak's departure was made until Montemurro's Monday morning report, rumors surfaced late Sunday night that Moniak was removed due to an imminent trade. Despite the July 31 trade deadline being a few weeks away, it would have made sense for Phillies GM Matt Klentak to make a splash trade that included Moniak. The Phillies have struggled as of late, mostly with pitching, and Klentak was reportedly been spotted in Reading in the past week.

I have been patiently waiting for Mickey Moniak to make it to the majors and now a trade? NO!NO!NO! My heart is broken.

Won’t make it in the pros