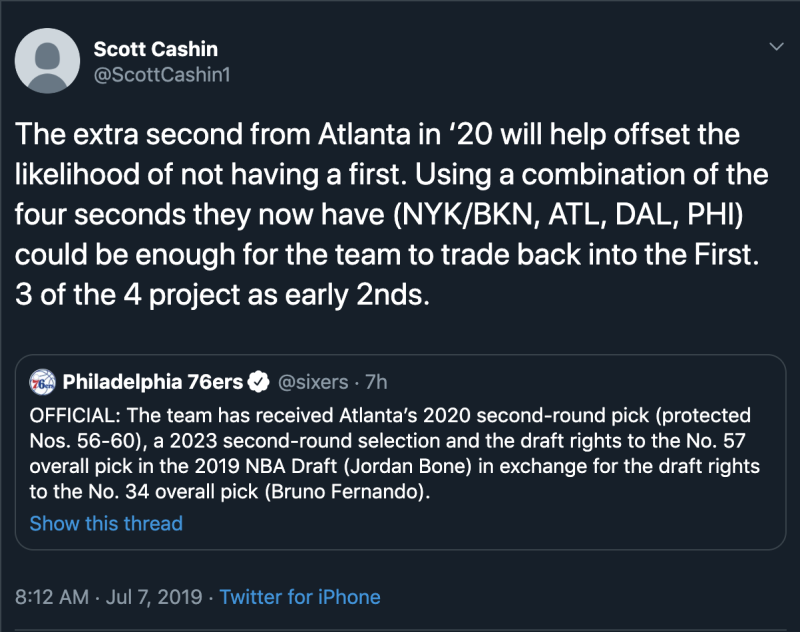 On draft night, the Philadelphia 76ers reached an agreement with the Atlanta Hawks to send the No. 34 pick, which was used to select Bruno Fernando, for two future second-round picks and pick No. 57 (Jordon Bone). With the free agency moratorium over and the trade now executed, the identity of those second-round picks and the associated protections are now in place.

Now armed with four second-round picks in 2020, three of which are coming from projected lottery teams, Philadelphia is armed with enough ammunition to trade back into the first round of next year's NBA Draft. The 76ers currently don’t project to be a part of the first round due to having included their own pick in the mid-season deal to the Los Angeles Clippers to acquire Tobias Harris and Oklahoma City’s pick likely not conveying.