Eagles Flyers Phillies Sixers About Us Write For Us
Baseballs, And Careers, Are Disappearing Right Before Our Eyes
5 Observations from 76ers 107-106 Win vs Bucks in Summer League Opener

Phillies outfielder Odubel Herrera was arrested on May 27 under suspicion of domestic violence.  The well-publicized incident led to Herrera being placed on administrative leave, where he has been since the arrest.  Herrera appeared in court on Wednesday and the case was dropped after the alleged victim would not testify.  However, despite the legal matter being resolved, Major League Baseball has given a heavy penalty.

Jim Salisbury of NBC Sports Philadelphia reports that Herrera will miss the rest of this season:

Source: MLB will suspend Odubel Herrera for the rest of this season and part of next. 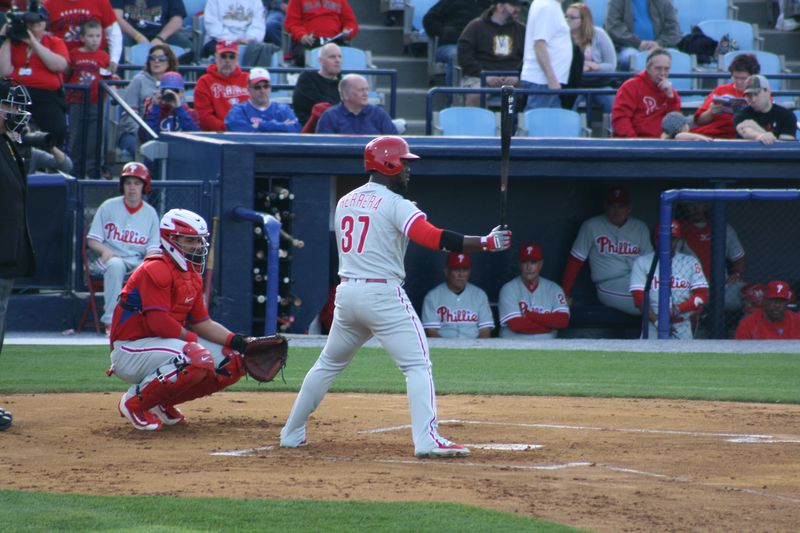 The total number of games in addition to Herrera's missed time is 85 games, Matt Gelb of the Athletic added.

The Phillies can now proceed for 2019 knowing that they will be without their center fielder.  The missed pay means the Phillies will have approximately an extra $2.5 million to work with under the competitive balance tax threshold.  The Phillies can make a longer-term decision this offseason.

Could the Phillies find a taker for Herrera in trade?  Possibly, if they take something back.  Meghan Montemurro of the Athletic notes that a release or demotion could be somewhat risky, as additional penalties cannot be levied by an MLB team once the league has given sanctions.   Montemurro mentions the possibility of a buyout, such as the case of Jose Reyes.  But the Phillies at least have the offseason to try to navigate a path forward.

In the interim, Scott Kingery has taken hold of center field and performed remarkably.  Roman Quinn remains on the roster and is playing the position some.  The Phillies could choose to find another center fielder for the rest of the season and move Kingery back to the infield, or they could acquire an infielder.

Now the Phillies organization can begin to make a plan.

But most importantly, this sets a tone for players around the league that domestic violence is not going to be tolerated.  Major League Baseball takes domestic violence very seriously, and the swift punishment taken in this case will set a new standard.  Even though there was no conviction, the burden of proof is not the same as in criminal court.

Writer's note: Laurel House offers a 24-hour hotline to anyone who may be affected by domestic violence.  You may visit their website here to find out more information.