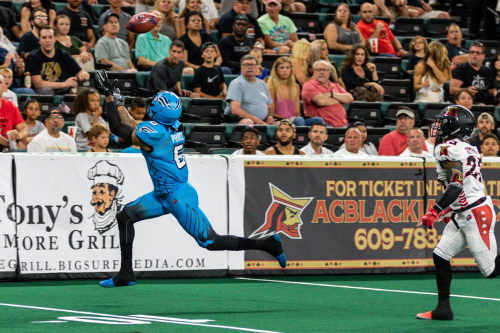 The Philadelphia Soul's quest to return to the ArenaBowl and compete for their fourth championship in franchise history will run through the reigning champion Washington Valor (7-5).

On Monday, the team announced its 2019 playoff schedule, after this past weekend finishing the Arena Football League regular season with the third seed.

The Valor (second seed) defeated the Soul in both meetings, although the Soul still hold an all-time 6-3 record, including a 4-1 road record, against them. The team with the highest aggregate score between the two home-and-home games on July 28 and August 4 will advance to ArenaBowl XXXII to face the winner of the Albany Empire-Baltimore Brigade series.

Visit www.philadelphiasoul.com/playoffs for more information and to purchase tickets.