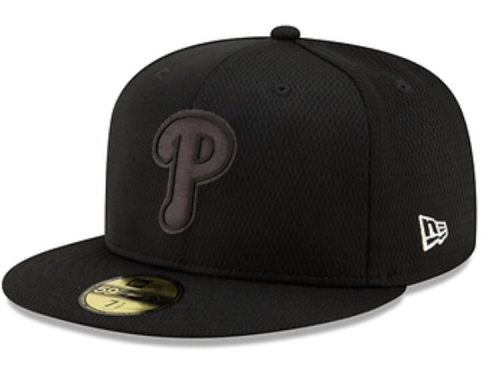 Because the Phillies will be away against the Miami Marlins during Players' Weekend, their National League East rival had first dibs and opted to go with white uniforms instead of the monochromatic black (all home teams can chose either color). Marlins pitchers will still wear black caps to ensure umpires and batters have clear visibility of each pitch.

Players’ Weekend was created by MLB and the MLBPA to "more effectively market the sport’s stars and to engage a young audience." It is an opportunity for players to showcase their passions, backgrounds and interests by putting their personal touches, including nicknames, on what they wear and the equipment they use.

The Phillies will wear these all-Black uniforms with nicknames on the back on August 23-25 in Miami for the annual Player’s Weekend. pic.twitter.com/mVeAUIghHB

The best part of Players’ Weekend? The player-selected nicknames! The Phillies' 2019 nicknames are as follows:

The [uniforms] are simple and sharp, and they will help the creatively colored and decorated equipment -- including bats, spikes, batting gloves, wristbands, compression sleeves and catcher’s equipment -- pop. With jerseys by Majestic, caps by New Era Cap and socks from Stance, they are the black-and-white canvases upon which players will paint their personalities for the weekend-long event planned jointly by Major League Baseball and the MLB Players’ Association.

Authentic and replica Players' Weekend caps, jerseys and socks are available at MLBShop.com.