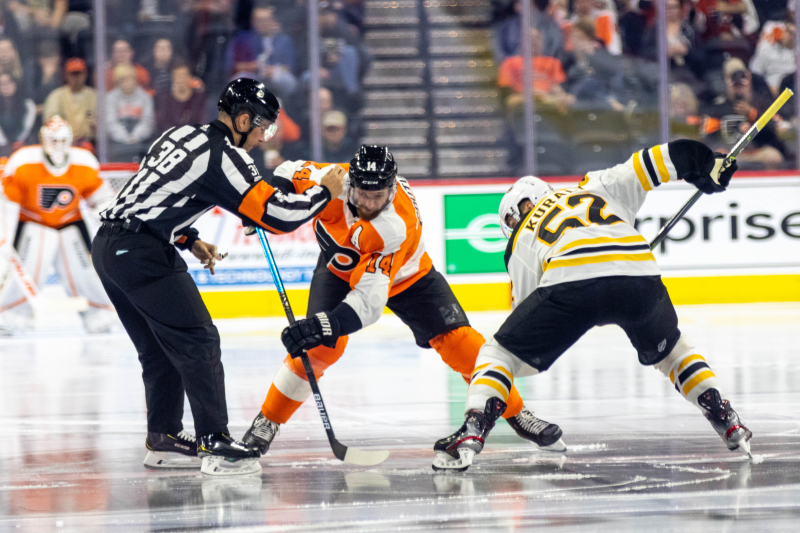 After claiming their first win of the preseason in the final home game, the Flyers hit the road for the first of two more games in the states before heading to Europe ahead of the start of the 2019-20 season.

The first of those two games is on Monday night, as the Flyers face the Boston Bruins at 7 p.m.

The Bruins got the better of the Flyers in a 3-1 win on Thursday night. Following that game, the Flyers made the decision to make additional roster cuts ahead of schedule so more veterans could get into games to prepare for the season.

With 34 players left on the roster, the Flyers are going to have plenty of veterans in the lineup on Monday night. Here are the Flyers lines for Monday:

The Bruins will have more veterans in the lineup for their first home game of the preseason. Two-thirds of the Bruins top line will play with Brad Marchand and David Pastrnak in action. Zdeno Chara is also expected to play. Tuukka Rask will get the start in goal.

Here is the Bruins lineup for Monday night:

Boston’s only win of the preseason came against the Flyers. They have also lost to New Jersey and Chicago in overtime.

The Flyers also announced that forward Morgan Frost will be out for five-to-seven days with a groin strain. The injury likely ends his preseason, and is now a matter of if his first two games in the preseason are enough to make the Flyers roster. Frost was not scheduled to play Monday night, but was expected to play Thursday before news of the lingering injury was announced.