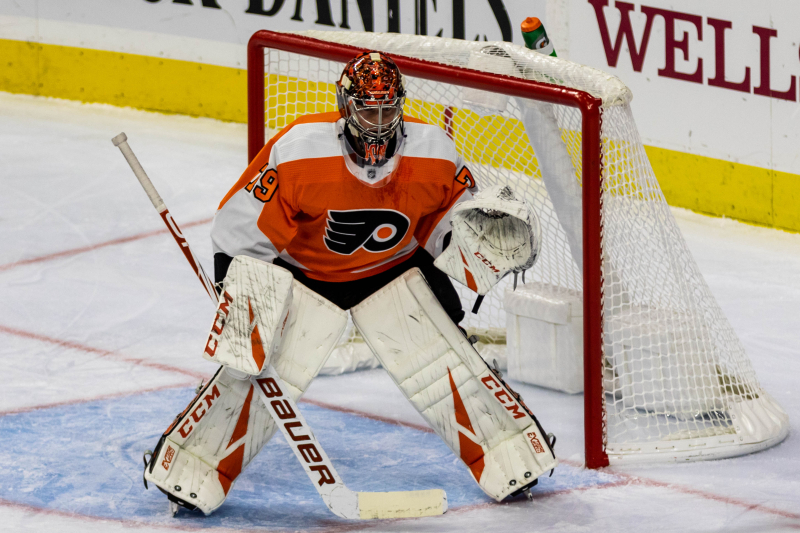 There is one final tuneup for the Flyers in the preseason, and this one is a special exhibition. The Flyers will face one of Switzerland's teams in Lausanne HC to close out the 2019 preseason on Monday afternoon.

To this point, the Flyers are 1-2-3 in the preseason, certainly not great final results, but three of the six games have gone to overtime and the other two losses were sealed with late goals, one being an empty-net goal in the final minute, so for the most part, there has been competitive hockey.

But this is the last chance for the Flyers to really iron out the wrinkles and be ready to play when the games start to count and the regular season begins on Friday. The preseason finale begins at 2 p.m. ET.

The Flyers will dress a lineup very close to the one they are expected to use on Friday in the regular-season opener. Carter Hart gets the start in goal and will play the entire game, prospects Joel Farabee, Carsen Twarynski and Connor Bunnaman are expected in the lineup and many of the lines constructed are ones that have been used already in the preseason.

The Flyers will dress eight defensemen with Lausanne requesting a 22-man roster for the game. Tyler Pitlick has been cleared for contact again, but will not play on Monday or in Friday's regular-season opener. Chris Stewart will not play in the game.

Here are the Flyers projected lines: