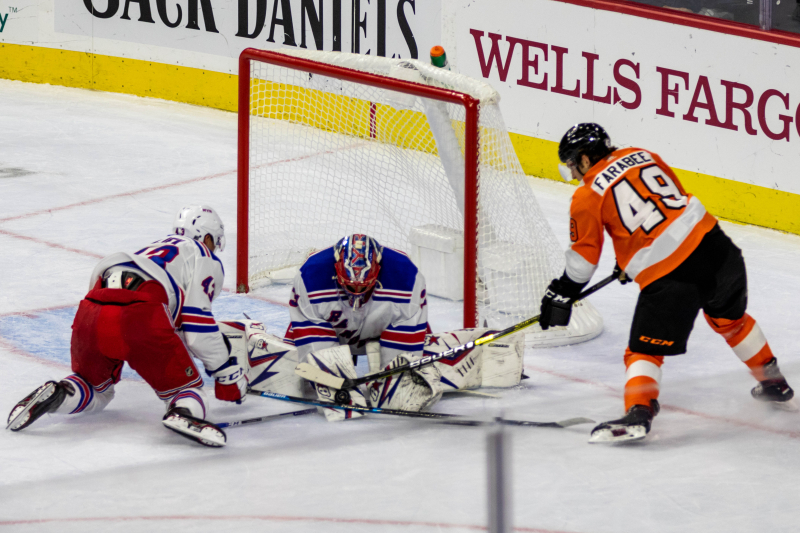 One more game for the Flyers in the US before they travel to Europe. On Friday night, the team will depart for Switzerland, where they will play their final preseason game, then head to Czech Republic for the regular-season opener against the Chicago Blackhawks.

Before that, the Flyers have a Thursday night meeting with the New York Rangers, where they will dress a lineup very close to what can be expected in the regular season. Game time is 7 p.m.

The only regulars out of the Flyers lineup that are not injured are James van Riemsdyk, Shayne Gostisbehere and Justin Braun. Nolan Patrick, Tyler Pitlick and Morgan Frost also skated in a morning group in Voorhees.

Carter Hart starts in goal and will play the entire game.

This could be the last chance for some roster hopefuls in the lineup for the Flyers. Joel Farabee, Carsen Twarynski, Connor Bunnaman and Chris Stewart have all made it this far in camp, and the only question left is whether they will accompany the team over the Europe for the start of the season or if they will see their roster hopes come to an end.

Here are the Flyers projected lines:

The Rangers recently cut their roster down to 32 players, leaving them with one practice group, so expect a more veteran lineup from them as well. Here are the projected lines for the Rangers:

The Flyers will meet on Friday in Voorhees, but there will be no on-ice practice ahead of their trip to Europe later that evening. They will return to the ice for a practice on Sunday in Switzerland before Monday’s preseason finale, then head to Prague ahead of the season opener.