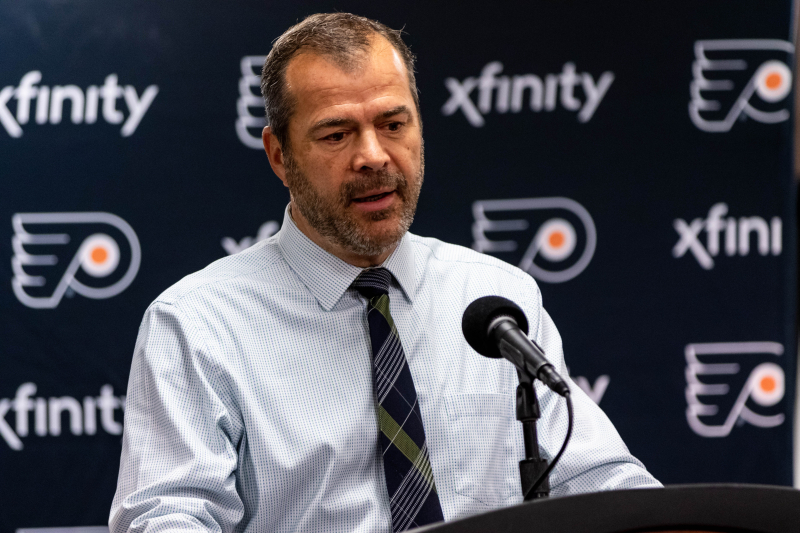 It’s hard to argue with a resume like Alain Vigneault’s. He has been a head coach for 16 seasons. He has coached over 1,200 games. He has 648 wins.

He’s won the President’s Trophy. He’s taken the Vancouver Canucks and New York Rangers to the Stanley Cup Final. The only thing he does not have is a Stanley Cup.

And that’s why he is with the Flyers. Vigneault sees it as an opportunity to satisfy his own hunger and a starving franchise and fan base. That may not happen in the short term, but the goal of the upcoming season is to have Vigneault continue a trend that has become familiar in his coaching career.

Now, it’s up to Vigneault to try to get the Flyers to have the same kind of renaissance, to make a return to hockey’s elite level. For starters, a comfortable playoff berth and a playoff series win would be welcome. The Flyers have made the playoffs just three times in the last seven years. They have not won a playoff series since 2012. It was also the last time the Flyers won more than 42 games in a season.

The addition of Vigneault and subsequent additions of assistants Michel Therrien and Mike Yeo furthered the win-now narrative. These are decisions that are designed to put an end to the mediocre ways of a franchise that was once a perennial contender.

With Vigneault behind the bench, it is on him to install the right systems to create a winning team, to put the team into the best position to succeed. But it also now falls on the players, many who have been through numerous coaches.

Internal interim options didn’t work. Ron Hextall’s experiment with a successful college coach did not work. Now a veteran coach with the makings of a Hall-of-Fame resume is entering the picture. It is on the players now.

That said, for years, this has had the look of a better team on paper. The belief is that these players can make up a winner. It’s up to Vigneault to guide it.

It’s something Vigneault has said a lot in his early days as Flyers head coach. He’s here to be a guide for the players. The players win or lose the games. His job as a head coach is to give them guidance to the right game plan to do that.

It is all part of a new regime for the Flyers, a new group that has been constructed to bring the Flyers back to relevancy. It is something Vigneault has done before and the Flyers are counting on him to do it again.