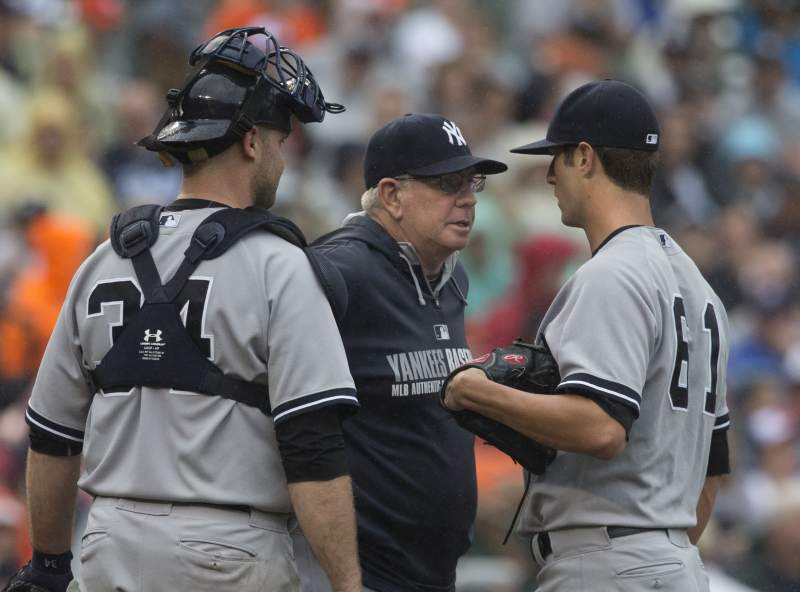 The Phillies are set to introduce their new manager today.  Joe Girardi will be introduced at 1:00 p.m.  While most of Girardi's coaching staff may be carry-overs from outgoing manager Gabe Kapler's staff, Girardi will help the Phillies front office staff two key positions: pitching coach and hitting coach.  After some Yankees moves today, one new candidate will presumably get a look.

The New York Yankees announced today a major coaching change.  Pitching coach Larry Rothschild, pitching coach with the team since 2011, has been dismissed.  No other announcement was made regarding Yankees coaches  Seven of those seasons Rothschild worked with Girardi.

The statement released by the Yankees highlighted Rothschild's strengths:

“I want to personally thank Larry for his near decade of commitment to this organization,” Brian Cashman said in a statement. “Larry cares deeply about his craft and the pitchers under his tutelage, and he played a significant role in our successes over the past nine seasons. There’s a reason why Larry has had the type of distinguished baseball career he’s had, and it starts with experience and dedication that is difficult to emulate.”

The Phillies could use some of that care and experience.

The New York Post described Rothschild as "more old school than new school", though he did use analytics in his approach. If the Phillies think that he is of the good balance that Girardi will be, there could be a real match.