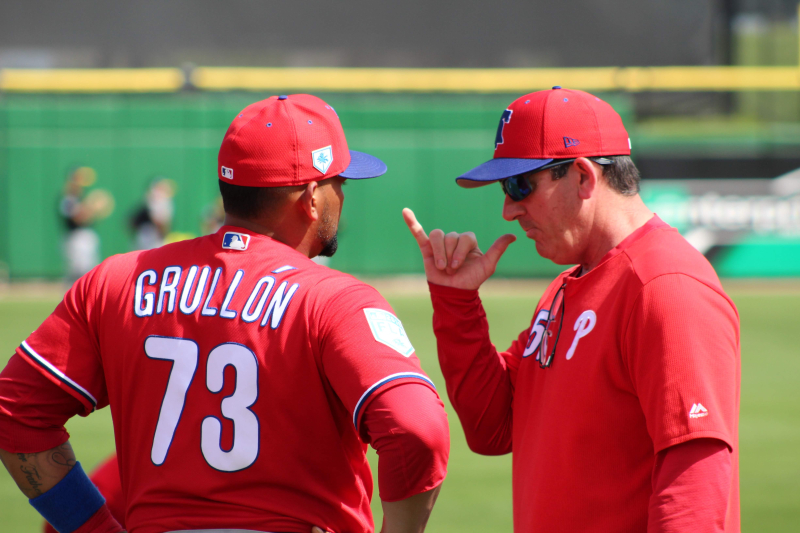 The baseball world still waits for a decision on Phillies manager Gabe Kapler.  Despite this uncertainty, the Phillies have moved forward on many decisions on their coaching staff.  Matt Gelb of the Athletic reported yesterday that seven coaches from last year's staff have agreed to return to Philadelphia.  Would that bother potential managerial candidates?

The seven coaches that are set to remain appear to be as follows:

Catching and receiving coaches Bob Stumpo and Craig Driver are usually put into another category and are pretty safe bets to return.

Would an incoming manager have a problem with so much of the staff set for him?  Maybe not.  That could depend who the candidate is.

Yesterday there was some buzz of interest between the Phillies and Buck Showalter.  Jon Morosi of MLB.com noted that if the Phillies were going to make a change, they would want someone with managerial experience.  Morosi suggested Showalter and Dusty Baker as candidates.  Joe Girardi is currently available, too.  Joe Maddon has all but returned to the Angels organization where he spent a long time.

Would these big-name, experienced managers need an entire staff of their choosing?

Very notably, there are vacancies at hitting coach and pitching coach after the dismissals of John Mallee and Chris Young, respectively.  If a new manager had some input on those key positions, he might feel as if that is enough.  And let us not forget: Thomson is highly respected as a bench coach.

Should the Phillies hire Girardi, he would be reunited with Thomson, who was on his staff the entire time he was New York Yankees manager, serving as his bench coach the first year, before moving to third base coach, and then back to bench coach.

Showalter and Baker, as Morosi noted, have been hired under team president Andy MacPhail before.   Baker did not choose all of his staff in his most recent staff with the Washington Nationals, as there were holdovers such as Rick Schu dating back to Davey Johnson.  Showalter's most recent staff included Dickerson, already on the Phillies staff, as third base and infield coach.

So while it is still possible the Phillies retain Kapler, the moves the club has been making likely do not detract from potential managerial candidates.  Who knows: maybe owner John Middleton is talking to potential managers while he flies around the country talking to players, asking for their input.   But one thing is clear: this has not been a conventional process so far, so the outcome might just surprise us.