Fans knew that the Phillies would have a finalist in the Gold Glove Awards this season with catcher JT Realmuto putting together one of the best defensive seasons for a catcher we’ve ever seen.

He threw out a stunning 47 percent of base runners and spent more innings in the position than any other catcher in the league. That means he had more baserunners against him that most other candidates for the award and had that many more chances to air out a throw or allow a passed ball.

The surprise comes in with the Phillies having two other players named as finalists for awards.

If you’re wondering who they are, you may want to check your Sports Illustrated cover from before the season began. 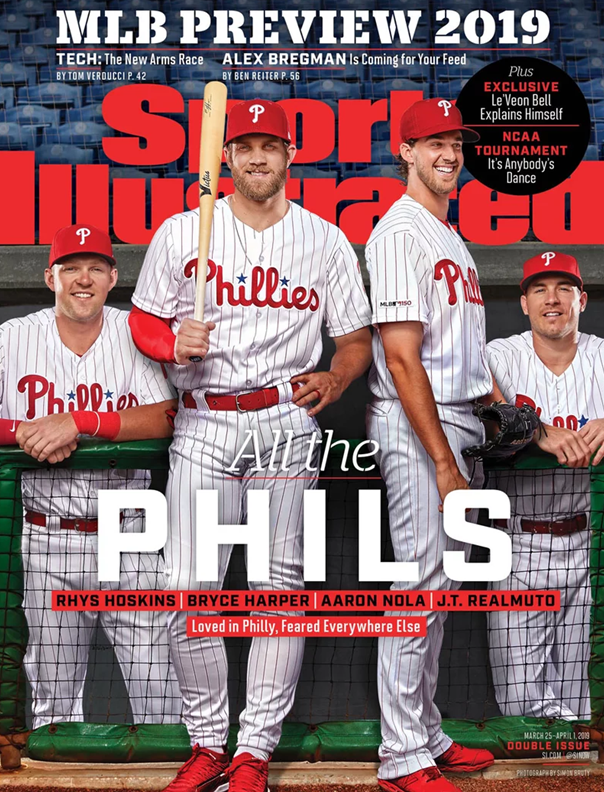 As you may have guessed with that hint, the other two Phillies Rawlings named as finalists on Thursday were Bryce Harper and Aaron Nola.

Here are your 2019 #Rawlings #GoldGlove Award Finalists in the National League. pic.twitter.com/zUhfDYnKVi

Harper certainly did not sign a $330-million deal because of his defense, but he lead all qualified NL right fielders in outfield assists with 13 and was the leader in range factor with a 1.95 mark.

What might hurt Harper is that he had five errors, hardly bad compared to other qualified right fielders, but fellow finalist Cody Bellinger has just two errors. It is notable that Harper played 400 innings more defensively than Bellinger did.

For his part, Nola played over 200 innings of defense and did not commit an error. He even managed to get a double play in there.

Aside from that, his putouts and range factor are low compared to the other two finalists.

The news is good for the Phillies who went from one of the worst defenses baseball has ever seen just a short while ago to a team with three Gold Glove Finalists.