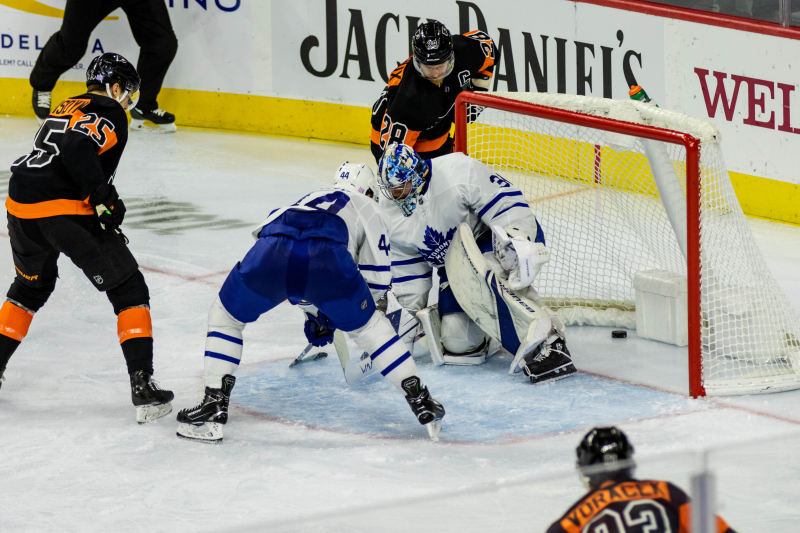 A marathon shootout is perhaps the only reason the Flyers are not currently on a four-game winning streak. It took 11 rounds of a shootout to get a decision between these two teams just a week ago.

The Flyers are now coming off two wins this week and have points in their last four games, as they travel north of the border to face the Toronto Maple Leafs. Game time is at 7 p.m.

The points are starting to come with more consistency for Claude Giroux. He has five points during a three-game points streak, including a goal and an assist in last Saturday's shootout loss to Toronto.
John Tavares is back from a fractured finger that kept him out for a little over two weeks. He was not in the lineup last Saturday when Toronto traveled to Philadelphia, but made his return just days later. In his last game, he scored the game-winning goal in overtime and had an assist on Toronto's other goal in a 2-1 win over Vegas.

Brian Elliott gets the start in the first game of a weekend back-to-back. Elliott's last game was last Saturday's shootout loss to Toronto, where he made 23 saves on 26 shots in regulation and overtime.

Andy Andreoff enters the lineup after being recalled from the Phantoms on Friday. He will play on the fourth line. No other changes are expected to the lineup.