For the Phillies, the Timing a J.T. Realmuto Extension Matters 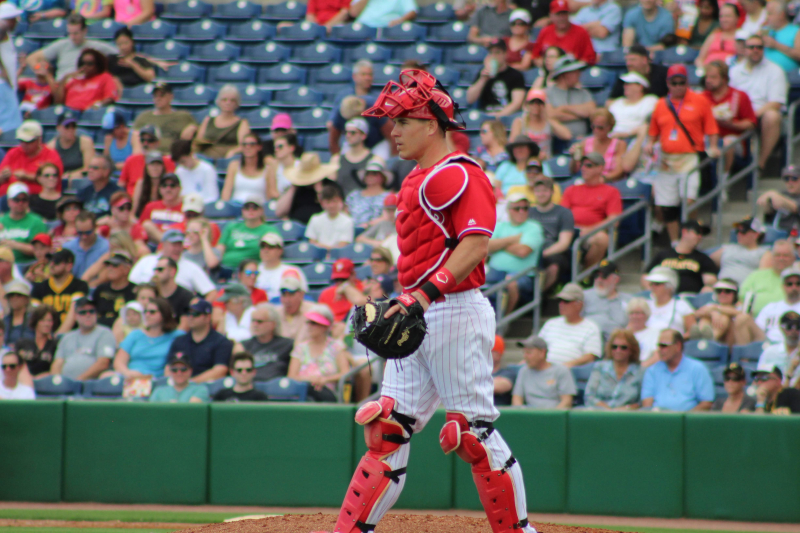 It is certainly more than fair to say that the 2019 season debut of J.T. Realmuto in a Phillies uniform went very well.  In July, Realmuto was named to the National League All-Star team.  After the season, hardware followed: a Rawlings Gold Glove award and a Louisville Silver Slugger award.  The Phillies certainly would like to keep such a player around.  However, timing will be important here.

The major consideration for the Phillies right now is the competitive balance tax, or the "luxury tax".  The Phillies have money, but to add top talent in 2020, the Phillies need to be very mindful of where they stand under the tax.  While the Phillies might even be willing to exceed the threshold, there are baseball reasons to avoid the limit; how much a team exceeds that spending level affects draft picks and compensation over free agents.

But that does not mean that the Phillies will be kept from re-signing Realmuto.  They just need to get the timing right.

Jim Salisbury of NBC Sports Philadelphia reports that the Phillies are indeed interested in re-signing Realmuto, but will play the competitive balance tax game:

In order to preserve some payroll flexibility for the 2020 season, it is possible that the Phillies could sign Realmuto to a one-year contract this winter — he projects to make about $10.5 million in his final arbitration year — then subsequently finalize a separate multi-year extension that would kick in at the start of the 2021 season. The extension could be finalized and announced later this offseason or even in spring training.

But Salisbury said that the Phillies and Realmuto are indeed "talking"; both sides have to know what's at stake here.

The reason is that for competitive balance tax purposes, the final number is calculated based upon the average annual value of contracts, not a player's salary this season.

This keeps teams from signing a big-name free agent and backloading it.  When the Phillies signed Cliff Lee to a five-year, $124 million contract, Lee was paid $11 million the first year, with much of the money paid later.  Present-day, they would be assessed not on the amount of cash going out the door, but the total dollars minus the years, so they would have been assessed for just under $25 million according to the current system.

So that one-year contract for Realmuto would cover the final year of his arbitration.  The sides could agree to do an extension but not actually file it until 2020 is under way.  That way the average annual value would hit the Phillies next year, when Arrieta and David Robertson are off the books, representing $37.5 million towards the competitive balance tax.

That means there is more room for the likes of Gerrit Cole or other starters, provided the Phillies can land them.   Phillies owner John Middleton has said that he would hope to

So the news sounds good for the Phillies: the club could have some room under the competitive balance tax number and have Realmuto long-term.