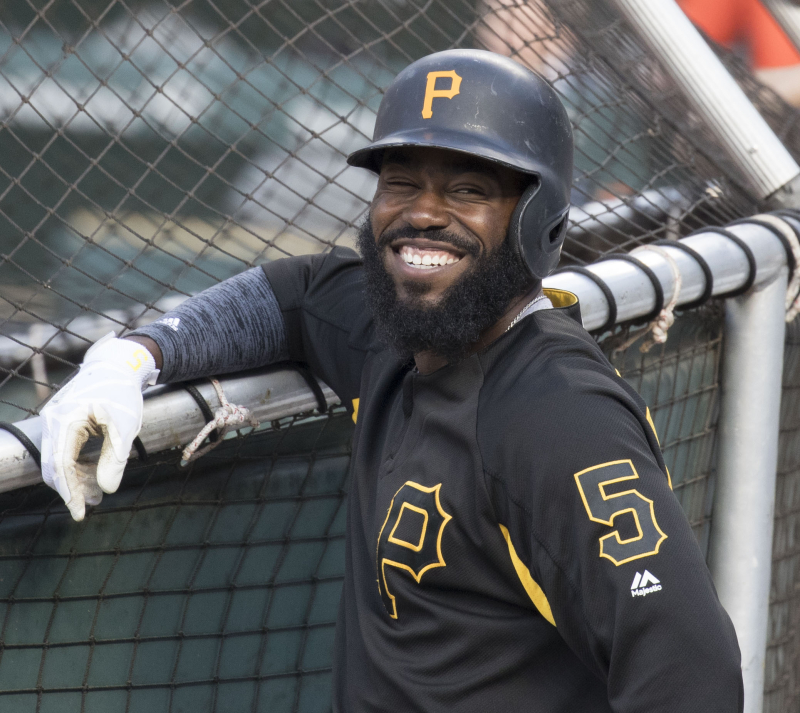 According to Matt Gelb of the Athletic, the Phillies have signed utility player Josh Harrison:

Harrison was a teammate of one of the prominent current Phillies.

Making a name for himself in Pittsburgh as someone who could play all over the baseball diamond, Harrison spent 2011 through 2017 playing alongside Andrew McCutchen.  The pair were close friends on the Pirates, and upon McCutchen's trade to the San Francisco Giants prior to the 2018 season, Harrison requested a trade himself.

At the time of the trade, Harrison told Ken Rosenthal of The Athletic that the loss of McCutchen and Gerrit Cole were hard on him:

“Baseball is a business and I understand that trades are part of the business. While I love this game, the reality is that I just lost two of my closest friends in the game. Cole and Cutch were not just friends, they were the best pitcher and best position player on the Pittsburgh Pirates. Now, I am the most tenured member of the Pirates, I want to win, I want to contend, I want to win championships in 2018, 2019 and beyond.

Could Cole join the Phillies too to reunite the trio?

The Phillies will likely be in on Cole.  But for Spring Training at least: two of his former teammates and friends are reunited on the Phillies.  Though a minor league deal, the 26th roster spot in 2020 will make room for players like Harrison.  He just may stick.

In nine major league seasons, Harrison is a career .273 hitter over 878 games.