Eagles Flyers Phillies Sixers Union About Us Write For Us
"Sticking to Sports" is Not Just Wrong, It's Impossible
Flyers-Maple Leafs: Game 16 Preview 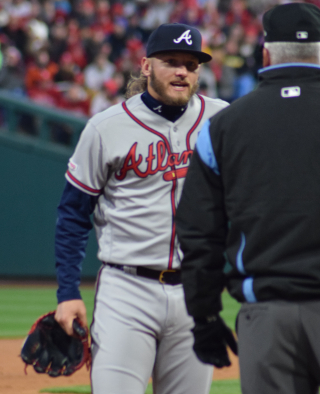 The Phillies have a third baseman of the future in Alec Bohm.  But Bohm, who has not played above Double-A just yet, probably is not ready to take the hot corner in 2019.  Therefore, the Phillies could add a third baseman this offseeason as they look to upgrade that position in the interim.  Late Friday, the Phillies were connected to a big name: Josh Donaldson.

Mark Feinsand of MLB.com reports that the Phillies are one of the teams to express interest early:

Josh Donaldson is already (and predictably) a hot name on the free-agent market. The Rangers and Phillies are among the teams that have interest in the third baseman, who put together a very strong 2019 season (37 HR, .900 OPS) in Atlanta.

Donaldson was in Atlanta on a one-year deal.

The Braves have an option at third base in Austin Riley.  Riley came to the major leagues ahead of schedule and the Braves utilized him in the corner outfield spots.  Riley started off strong but cooled as the year went on.  The Braves could seek to re-sign Donaldson.  The Braves gave Donaldson a qualifying offer, which means that he would cost another team a draft pick to sign him.

For that reason, it would be surprising to see the Phillies pursue Donaldson; if they were going to give up a draft pick, it would be for a big signing (like Harper last offseason).  The Phillies have publicly stated they wish to try to use their financial power this offseason and avoid giving up young talent.  Donaldson on a one-year deal might not be worth that.