Strasburg Opts Out of Nationals Deal 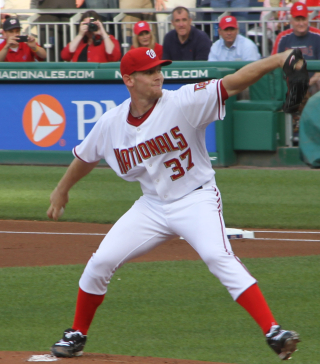 The Washington Nationals are the 2019 World Series Champions.  Much of the reason for that came from the performance of pitcher Stephen Strasburg.   The right-hander went 5-0 with a 1.98 earned run average throughout the postseason.  And now, Strasburg is looking for another payday.

Jeff Passan of ESPN reported late Saturday that Strasburg will opt out of his current contract:

Nationals star and World Series MVP Stephen Strasburg plans to opt out of the final four years and $100M of his contract today and become a free agent, sources familiar with the situation tell ESPN.

The timing could not have been better for Strasburg to put together one of his most dominant seasons to date.

Strasburg signed a seven-year, $175 million extension with the Washington Nationals before the 2017 season.  Strasburg was drafted by the Nationals first over all in 2009 and signed a record-breaking deal at the time.   Strasburg quickly rose through the Nationals system and was in the major leagues by June of 2010.

The Phillies probably will be rumored to be one of the suitors for Strasburg.  The Phillies are expected to be active in the free agent market once again heading into the 2020 season.   The Phillies have a strong preference to hold on to their prospects, so the other alternative to acquiring talent is spending money.  Strasburg and Cole will certainly command it.