Eagles Flyers Phillies Sixers About Us Write For Us
Flyers-Devils: Game 12 Preview
Farabee's 1st Ties Game, Flyers Get Win Over Devils in SO 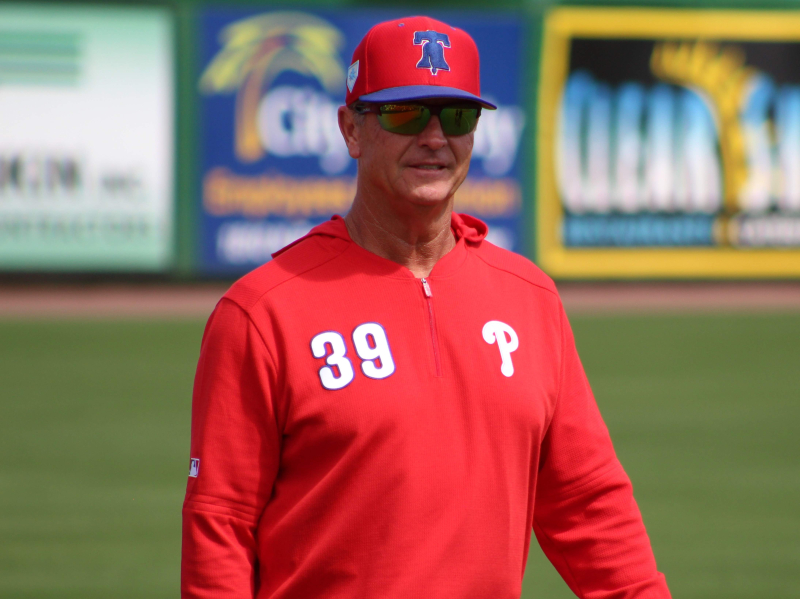 The Phillies invited all of their coaches beyond manager Gabe Kapler and pitching coach Chris Young the opportunity to return in 2020.   The Phillies had previously fired John Mallee as hitting coach, with Charlie Manuel finishing the season in that role.  But despite the offer being extended to the coaching staff, that did not mean all will stay.  One has departed the Phillies for a higher-profile position.

Jayce Tingler’s coaching staff is expected to crystallize over the next week or two. But it appears the Padres' new manager has found his right-hand man.

San Diego is expected to hire Phillies infield coach Bobby Dickerson as its bench coach, sources said on Thursday. The club has not yet confirmed the move.

Tingler is a first-time manager, so having Dickerson will provide a ton of experience.

Dickerson came to the Phillies last offseason after the Baltimore Orioles parted way with manager Buck Showalter.  The Phillies and Orioles essentially traded infield coaches; Jose David Flores took a job on the Orioles coaching staff and Dickerson came to Philadelphia.  Unlike Flores, Dickerson did not coach first base and baserunning; Paco Figueroa was also hired last offseason.

Dickerson had been part of the Baltimore Orioles coaching staff since 2011.

Upon the hire, Scott Lauber of the Philadelphia Inquirer wrote about Dickerson's mentorship role he had with infielder Manny Machado:

Dickerson, 53, knows Machado as well as almost anyone in professional baseball. They met when Machado was 16. As an instructor with the Baltimore Orioles, Dickerson played a central role in turning Machado from a natural shortstop into a two-time Gold Glove third baseman. Over the years, they have had long talks about the All-Star that Machado is and the future Hall of Famer that he can be.

Machado signed a 10-year deal with the Padres prior to last season.

The position Dickerson occupied last year was rather unique.  The Phillies opted to add additional coaches beyond the limit of uniformed personnel during game action.  Teams are allowed to have as many coaches as they would like; however, only seven coaches may be in uniform in the dugout for the game.  So the Phillies could give the infield coach role to someone else already on the staff, or add an additional coach.

The Phillies infield defense greatly improved from 2018 to 2019.  The Phillies added Jean Segura to the infield mix and Scott Kingery showed tremendous improvement. Dickerson should get some credit for that.