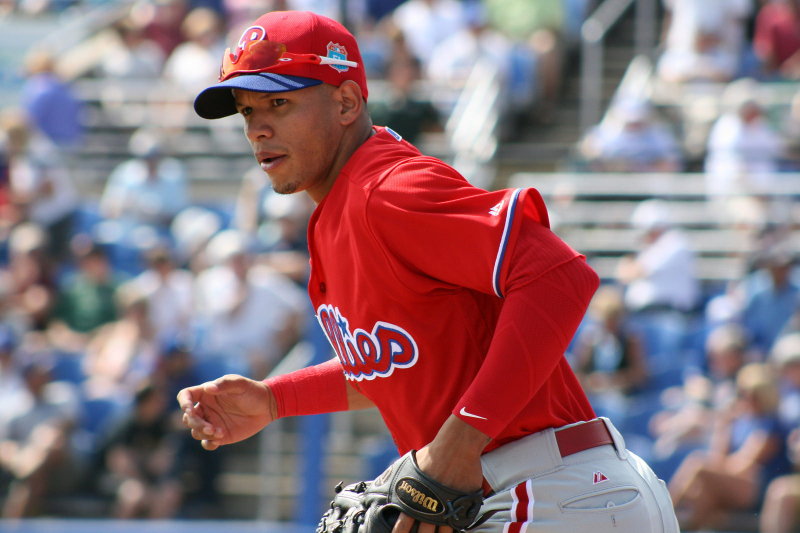 In July of 2006, the Phillies signed a young infielder out of Venezuela named Cesar Hernandez.  Just 16 years old at the time, Hernandez got to work and by 2013 earned a starting spot in center field for the Phillies, who lost Ben Revere to injury.  But the talented second baseman would eventually replace Chase Utley as the club's regular second baseman in 2015.  The Phillies made the tough decision to separate from Hernandez, due a final year of eligibility for aribration.  Hernandez has a new home, and it's for much less money than he would have earned in the salary arbitration process.

Jeff Passan of ESPN reports that Hernandez has signed a one-year deal with the Cleveland Indians:

Second baseman Cesar Hernandez and the Cleveland Indians are in agreement on a one-year, $6.25 million contract, sources familiar with the agreement tell ESPN.

Some had projected Hernandez to earn as much as $11 million this coming season.

Overall, it is a pay cut for Hernandez, who earned $7.5 million in 2019.  In Cleveland he re-joins former Phillies first baseman Carlos Santana on the right side of the infield.  But who plays on his right is up in the air.  According to many published reports, the Indians are considering a trade of their All-Star shortstop Francisco Lindor. Interestingly, one rumored potential trade partner is the Cincinnati Reds.  In a Lindor deal, Freddy Galvis could head north to Cleveland and assume the shortstop role.

Hernandez has always been a talented defender, and used to get on base at a high rate.  But Hernandez saw that number dip in 2019 and he never was able to translate his natural speed onto the base paths.   In Cleveland Hernandez will replace second baseman Jason Kipnis, now a free agent.