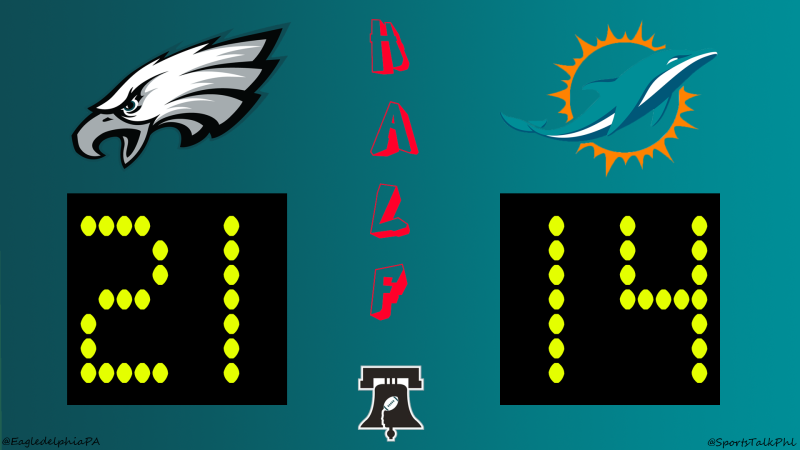 The Eagles face the Dolphins in week 13 of the regular season. The Eagles defense started out hot but has slowed down on the last few drives allowing the Dolphins to get back into the game. The Birds head into the half up 21 to 14 in a must win game. Here's what we saw in the first 30 minutes of action:

RB Miles Sanders. Sanders has been heart of this Eagles offense in the first half, rushing for 54 yards while adding on 24 receiving yards and a touchdown.

DE Derek Barnett. Barnett has had a great first half finishing with three tackles, one sack, and three QB hits. Barnett has played a huge part in limiting the Dolphins to just 32 rushing yards at the break.

QB Carson Wentz. Wentz has had a decent half finishing with 148 passing yards and two touchdown. Wentz needs to have a better second half, completing some easier throws that he has been missing if the Eagles want to run away with this game.

WR Devante Parker. Parker has had a huge first half, finishing with three catches for 92 yards and a touchdown. If the Eagles are going to run away with this game they are going to need to contain Parker in the second half.