NOW THAT MILLER’S IN, WHAT ABOUT ALLEN?

After what seems like an eternity, the wrong has been righted – Marvin Miller is going to the Hall of Fame.  Yes, it will be against his wishes, and it appears as if nobody in his family (Miller died in 2012) will be attending his induction ceremony (again, as per his wishes), but whatever.  A baseball hall of fame without Marvin Miller is like a Popeyes chicken sandwich without hot sauce.  There’s no zing, no zip, nothing to tingle the lips coming in and burn the throat going down.  So much of what gave baseball its style, its flash, its zesty palatability, in the last half-century lies at the feet of Miller in one way or another – free agency, offseason excitement, competitive balance: all of it is at least partially because of Marvin Miller.  So that’s great.

But what comes next?  After all, Miller didn’t achieve any of this on his own.  Nor could he, not even in the best of circumstances.  For Miller was an outsider’s outsider in the world of the baseball clubhouse – a Jew from Flatbush with a pencil mustache that recalled William, rather than Boog, Powell, everything about him screamed “interloper” the moment he walked into his first clubhouse as Executive Director of the MLBPA in 1966.  He desperately needed help from the inside in order to get anything done.  And he got it.  From a few unlikely sources, one of them perhaps unintentionally, but crucial help nevertheless.

There were three players who bridged the seemingly cavernous gap between Marvin Miller and the hundreds of players he needed to convince to stand up for themselves in order to transform the MLBPA from a backwater organization to the most powerful union not only in sports but in the entire country.  Those three were Jim Bouton, Curt Flood, and most unlikely of all, Dick Allen.

Bouton was an insider who thought like an outsider.  An agitator kicking from within the penthouse – Yankee Stadium – nudging and questioning not only Yankee management but the entire power structure of major league baseball.  Why were the players constantly told to keep mum about their salaries when the clubs would trumpet the few large ones as loudly as possible, thereby giving the public the (false) impression that if a player like Mickey Mantle was making $100,000, a guy half as good was probably making at least half as much?  All the players knew that that guy was making no more than ten grand, if that, but they were all but sworn to secrecy by the salary omerta inaugurated decades earlier by the owners for the sole benefit of the owners.  Bouton broke that silence and allowed the players to find their voice.  Miller would teach them to yell but Bouton first taught them to whisper.

Flood was a man who refused to be treated like anything less.  “I do not feel that I am a piece of property to be bought and sold irrespective of my wishes,” he wrote to Commissioner Bowie Kuhn on December 24, 1969, upon his trade from the Cardinals to the Phillies (For Dick Allen, of all people).  He later filed suit against Kuhn and the owners, seeking to overturn the game’s antitrust exemption.  He took both his case and his cause all the way to the Supreme Court where he eventually lost, but the sheer force of his standing up for what he knew to be right led others to find their spines as well.  Miller would lead them into free agency but Flood first showed them how to walk.

And then there was Dick Allen.  Flood’s line to Kuhn about not being a piece of property?  Essentially cribbed from Allen, who said the same thing a year earlier.  “They treat us like guinea pigs,” he told The Daily News’s Stan Hochman during spring training 1968. “They tell a guy, ‘Run into that wall.’  If he does and gets hurt, they look for someone else.”  When everyone around him was clamming up Allen was speaking out, telling anybody who’d listen that the players were being treated like property and not people.  It wasn’t right, he said, over and over.  And he wasn't going to sit around and take it.

The players might not have joined in but they were listening.  One who was listening most intently was none other than Jim Bouton, who was taking Allen’s daily struggles with Phillies management in from afar, wondering what was going on.  “This might just be a man trying to be one around people who expect something less and used to something less,” Bouton scribbled about Allen on one of the 978 sheets of scrap paper that formed the bones of what would become his landmark book, Ball Four, which subverted the game’s power structure once and for all, showing not only fans but his fellow players that the men who played the game were worth far more than the minuscule numbers on their paychecks. 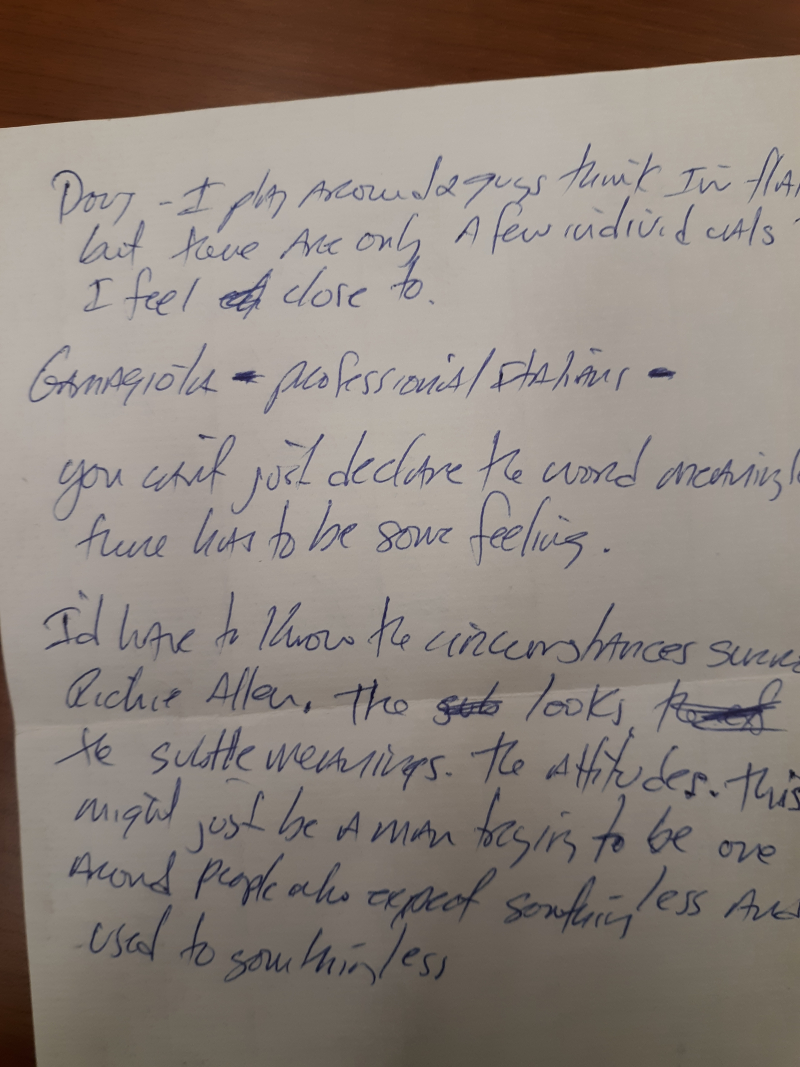 Unlike Bouton and Flood, Allen never professed a social cause for his actions.  He had no larger agenda.  He simply demanded to be treated like a professional, no matter that he was playing a boys’ game.  His field of vision might never have extended beyond the tip of his nose but his example was there for all to see.  I will not be paid less than I’m worth.  I will not be called “Richie” when my name is Dick.  I will not do the club’s bidding unless I’m part of the decision-making process and properly compensated for my time.  Sadly, almost nobody spoke up for him.  But soon they were demanding to be treated as professionals, too.

Miller would have been organizationally impotent without Bouton, Flood and, most of all, Allen.  Miller spoke the words, Bouton spoke the words, Flood spoke the words.  Dick Allen, however, lived them.  And it was because he lived them and told his story the way only he could that the MLBPA grew as powerful as it did.  It was Allen’s speaking up about his treatment in Philadelphia, after all, that led Flood to refuse to consent to his trade there in the first place.

You can argue Dick Allen’s numbers.  You can argue that his career wasn’t long enough or that he didn’t hit enough home runs or that his defense wasn’t Hall of Fame-caliber.  But you cannot argue that his off-field issues and controversies (and there were plenty of them) make him a lesser candidate.  Not after Marvin Miller’s enshrinement you can’t.  Not if you understand anything about what it was like to be not just a ballplayer but a black ballplayer in the America of the 1960s.  Not if you know anything about either baseball or American society.

Congratulations to Marvin Miller, even though this was about the last thing he was looking for.  Now it’s time to do right by Dick Allen and enshrine him next year when he becomes eligible for induction once again.  Like Miller, Allen's just about had it with the sanctimonious crowd who enjoy nothing more than lecturing on the many ways he's ruined the game, and isn't sitting at home waiting for the honor.  Regardless, he just might show up if elected despite everything he’s said about both the Hall and the sanctimonious crowd to the contrary.  And his would no doubt be a speech for the ages.

He has the numbers for the Hall of Fame. No Argument needed, The Metrics used today show how GREAT he really was.