Eagles Flyers Phillies Sixers About Us Write For Us
Flyers Strike for 5 in 3rd, Defeat Maple Leafs
Flyers-Maple Leafs Observations: A Late Surge 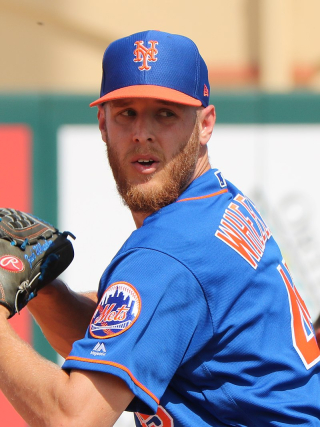 According to Buster Olney of ESPN. the Phillies are one of the teams in hot pursuit of Zach Wheeler:

The bidding for right-hander Zack Wheeler continues to progress toward resolution, with the Philadelphia Phillies seen by sources as the most potent bidders -- and the Reds, White Sox and Rangers also involved.

The Phillies will have to open up their wallet for Wheeler in a big way.

Yesterday, Ken Rosenthal of the Athletic reported that there was a "nine-figure" offer on the table for Wheeler - in other words - an offer above $100 million.  Could that be for four years?  Five years?  Many had Wheeler pegged to get about $20 million per season in free agency.  That number might be creeping up.

The Phillies were interested in Wheeler at the 2018 trade deadline.  At the time, Wheeler was coming off injury and showing signs of a rebound.  Since then he has been stellar.  Wheeler gave the Mets 195 1/3 innings last season after 182 in 2018.  The Phillies need such reliability in their rotation.

While Wheeler had his injury woes in the past - he missed all of 2015 and 2016 with "Tommy John" surgery, and part of 2017 with elbow tendonitis - he appears to be in good health.  Wheeler had a very short injured list stint in 2019 with "shoulder fatigue".  The time missed has limited the stress on his arm.