Eagles Flyers Phillies Sixers About Us Write For Us
Phillies Reportedly Plan to Pursue Free Agent 3B Anthony Rendon
We're Thankful for the Sixers and Flyers Because the Eagles Season is Over!

Phillies Will Pursue Strasburg And Cole, Per Report

Not much longer after word broke that the Phillies were planning to pursue third baseman Anthony Rendon, some more Phillies hot stove news hit Twitter.  The Phillies, who were expected to add a second starting pitcher, may actually be looking bigger than originally thought.  Despite adding Zack Wheeler on a five-year free agent deal, the Phillies could go for the two big names.

Phillies have showed interest in Strasburg and Cole, and seem especially interested in Stras. Possible that interest lessens with the Wheeler signing but Philly seems to be going big again — just low-keying it this time (no “stupid $ talk). @BNightengale links them to Rendon too

The Phillies have indeed been quiet about their pursuits thus far.

Either pitcher would be very expensive.  Cole is expected to earn north of $250 million.  Strasburg is a bit harder to determine, but he will be looking to do better than the four years and $100 million he left behind with the Washington Nationals. Either pitcher with Aaron Nola and Wheeler would be considered one of the elite starting rotations in baseball. 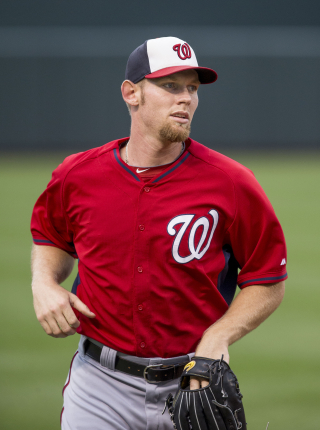 The Phillies starting pitching last season was their Achilles heel.  In 45 different starts last season (including three "bullpen games"), the Phillies starter failed to go five innings or more.  That put much more pressure on the bullpen, which was dealing with many injuries.  This starting rotation would likely do just fine in terms of innings.