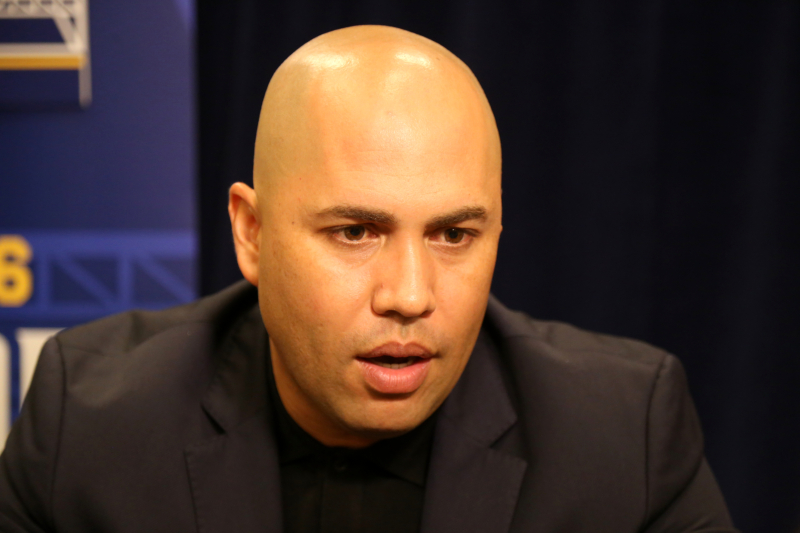 The National League East had a major shakeup on Thursday, when the cheating scandal claimed its third manager this week.  Carlos Beltran, named the manager of the New York Mets just weeks ago, is out as Mets manager.  The Mets announced that the club and Beltran "mutually agreed to part ways".

The move comes after several days of silence since MLB Commissioner Rob Manfred released the findings of an investigation that concluded the 2017 Houston Astros used cameras and other technology to steal signs from the opposing team.   The behavior occurred just weeks after a memo was sent to baseball stating that further use of technology to steal signs would lead to suspensions at the manager and general manager level.

That led to the suspension of, and ultimately the firing of manager A.J Hinch and general manager Jeff Luhnow; then-bench coach of the Astros, Alex Cora, also lost his position as manager of the Red Sox in the scandal.

There was just one player named in the entire report: Beltran.  It read:

Approximately two months into the 2017 season, a group of players, including Carlos Beltrán, discussed that the team could improve on decoding opposing teams’ signs and communicating the signs to the batter. Cora arranged for a video room technician to install a monitor displaying the center field camera feed immediately outside of the Astros’ dugout.

Why was only one player named in this report?

That could be because the commissioner hoped that Beltran, now a manager, would be called to task.  While players were not in direct receipt of the memo that banned technology, the level of commitment of the veteran and de facto elder statesman of the Astros demonstrated that he was questionable as a leader.   Fans were visibly upset about Beltran's involvement.

On Tuesday, the Mets Twitter account tweeted out a picture of a cat wearing a Mets shirt.  The replies to the tweet were predominantly about Beltran.  It became clear that fans would not let this go. Every road city Beltran visited with the Mets would likely let them hear about it.

Beltran publicly denied any involvement in the alleged cheating when asked by Joel Sherman of the New York Post.  It is unclear if he was truthful to Mets management during the interview process.  That part we may never know.

But what we do know: Beltran is gone.  And the Mets, who passed on Joe Girardi, are left without a manager.  Pitchers and catchers report to Port St. Lucie in less than a month.  The Mets will have to act fast to find someone to lead them.