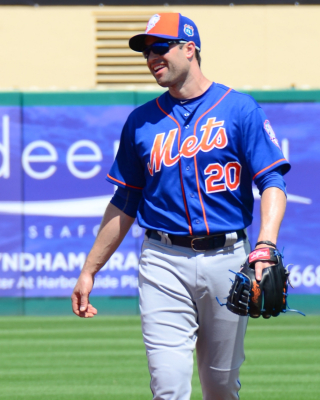 Walker is a very versatile player all around.  While he was once a star player with the Pittsburgh Pirates as a second baseman, in recent years Walker has been a utility player who has played second base, third base, first base and the outfield.  Walker is also a switch-hitter, giving the Phillies flexibility at the plate as well.   Walker batted .261 for the Miami Marlins in 2019.

Liriano also had his prominent years with the Pittsburgh Pirates as a starting pitchers.  Liriano was 16-8 with a 3.02 earned run average for the Pirates in 2013.  After having tough seasons in Toronto, Houston, and Detroit, Liriano reinvented himself as a reliever with the Pirates in 2019.  He went 5-3 with a 3.57 earned run average in 69 appearances.

Storen was well-known as the closer for the Washington Nationals.   Their first round pick from 2009 (picked ahead of Mike Trout, by the way) saved as many as 43 games for the Nationals.  The Nationals replaced him with Jonathan Papelbon in 2015 and Storen was not too happy about it.  Storen did not pitch in the majors in 2019.  He signed late with the Kansas City Royals, pitched nine games in the minor leagues, and was released by June.

Norris is on the comeback trail after missing 2019 with injury.  Last season Norris had a deal with the Washington Nationals, but it was voided after it showed that he would not be able to pitch last season.  The Phillies hope that they can find some of the success Norris had as the St. Louis Cardinals closer.  Once a solid starting pitcher, the move to relief has helped extend his career.