A Potential Path to Play in Florida for the Phillies, Grapefruit League Teams 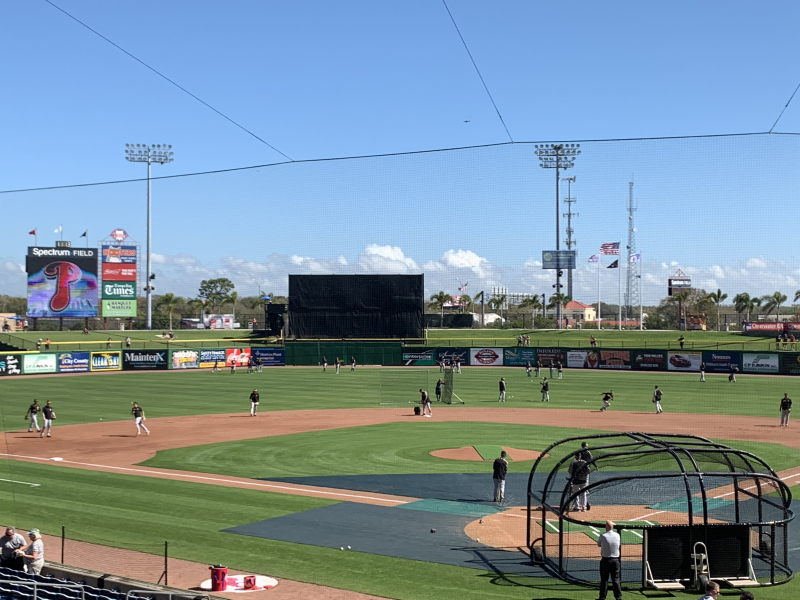 We learned of one of the potential plans for Major League Baseball to resume play after the Coronavirus shutdown  when Jeff Passan of ESPN reported Monday night that one of the plans being discussed to resume baseball was for all teams to start playing in Arizona.  The rationale was that there were plenty of ballparks available in a contained area that required little travel.  There would be no fans in such a scenario.  But on Friday, word broke of another option: the Grapefruit League and Cactus League could function as the two major leagues for the time being.

Bob Nightengale of USA Today reports that a Florida and Arizona alignment could be in the cards:

The plan would have all 30 teams returning to their spring training sites in Florida and Arizona, playing regular-season games only in those two states and without fans in an effort to reduce travel and minimize risks in the midst of the COVID-19 pandemic.

The divisions would be realigned based on the geography of their spring training homes.

That would mean a Grapefruit League North division for the Phillies, where they would play the New York Yankees (Tampa), the Toronto Blue Jays (Dunedin), the Pittsburgh Pirates (Bradenton) and the Detroit Tigers (Lakeland).

The one disadvantage could be that there is the potential for bad weather.  Those who have been in Florida in the summer know that evening thunderstorms are almost a daily occurrence.  But the plan could mean that the two ballparks in Florida with domes could be used in Tropicana Field in St. Petersburg and Marlins Park in Miami.  The temperatures in Florida are not like Spring Training temperatures.

One interesting element could be the implementation of the designated hitter in both leagues.  The Phillies are lucky to have Jay Bruce as a bench player, as well as potentially Alec Bohm joining the club at some point.  They might do just fine in such a situation.

What is not clear: what if the opportunity exists to come home?  Would they continue in these leagues?  They could make it work, as the West Coast teams tend to play in Arizona.  But there could be a Cactus League vs. Grapefruit League World Series.

There will be many ideas floated around as the world looks to bring baseball back.  Hopefully, one idea is implemented and we do.